He's Got a New Belt Buckle

This past weekend while I did some sewing,
watched a couple of movies,
visited with friends,
and ran errands,
Running Man was doing his 100 mile endurance run
in North Carolina. 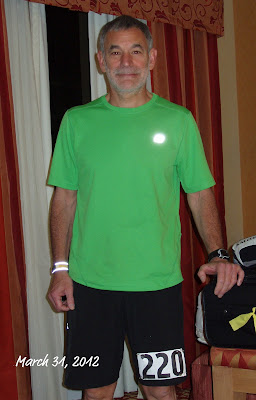 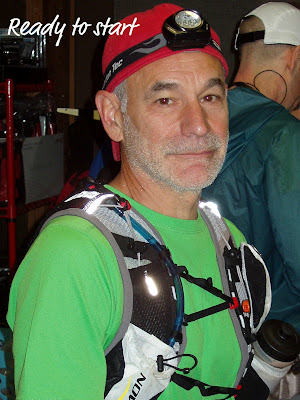 While I slowly got up on Saturday morning,
he had already been running 3 hours. 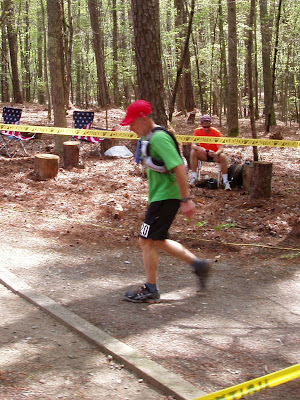 While I ate dinner Saturday night, he
had already been running 15 hours. 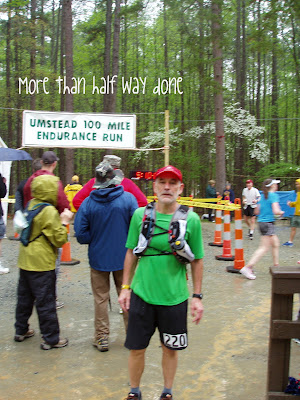 When is was bedtime,
he had been moving for 19 hours
and had run almost the equivalent to 3 marathons.
It was the hard part now.
It was dark, he was very tired,
his hip was bothering him,
and
he still had more than a marathon race to run.
Fortunately, his brother was there as the crew
and to give him motivation and moral support.
You would think he would be starving while doing this.
He usually drinks only Ensure and water and eats only
couple of carbo gels. 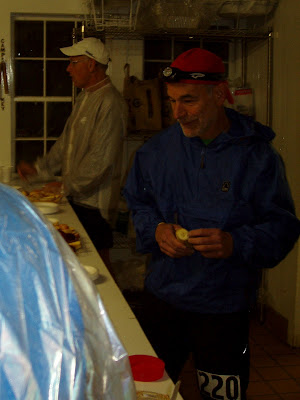 But it looks like he added a half a banana!


Finally, after 28 hours and 17 minutes,and 40 seconds
Running Man crossed the finish line.
(They didn't even take a picture at the end. I
think they were both exhausted.)

He was tired,
pretty stiff,
but excited at his accomplishment.

The big question:
Is he done?
Is this the "Let's cross this off my bucket list?"
Probably Not.
Until Next Time-
Kyle
Posted by Kyle at 6:00 AM