Love It or Leave It 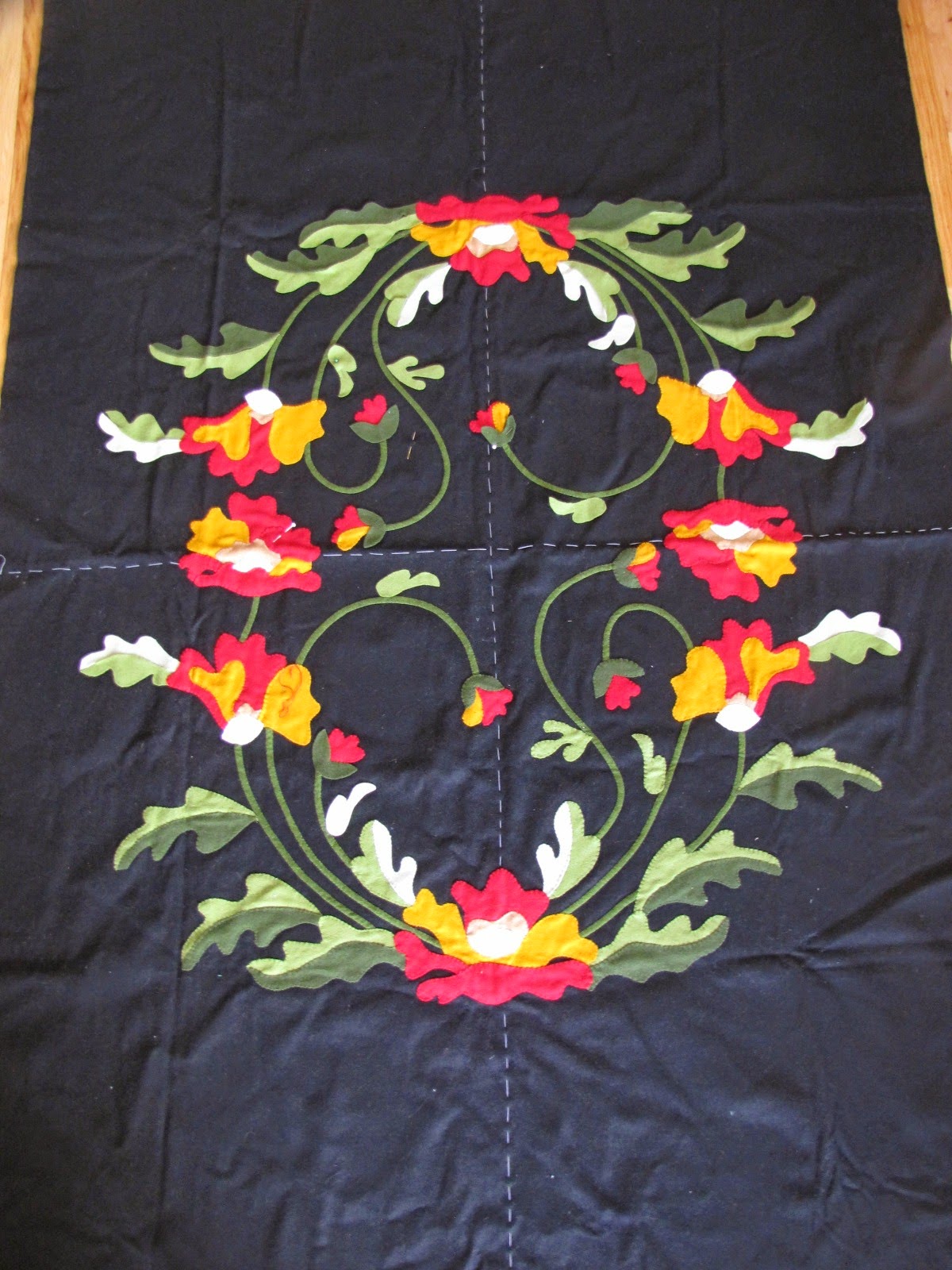 It's time to either love it or leave it.

Each year
I continue moving
this wool applique over
to the next new year to finish. 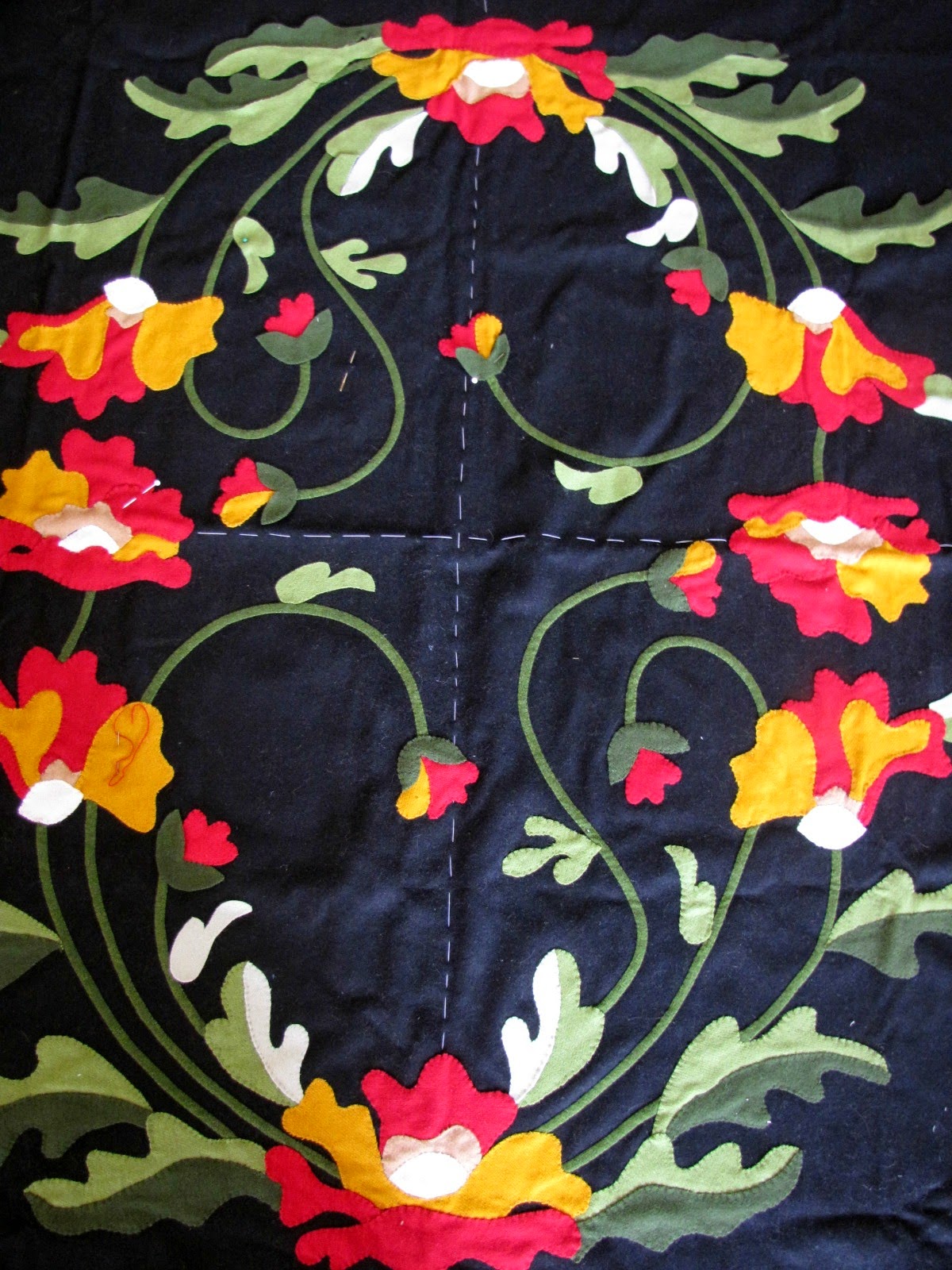 Every once in a while,
the guilties
have surfaced
and I've stitched a little bit more on it.

But the question is
why haven't I finished it? 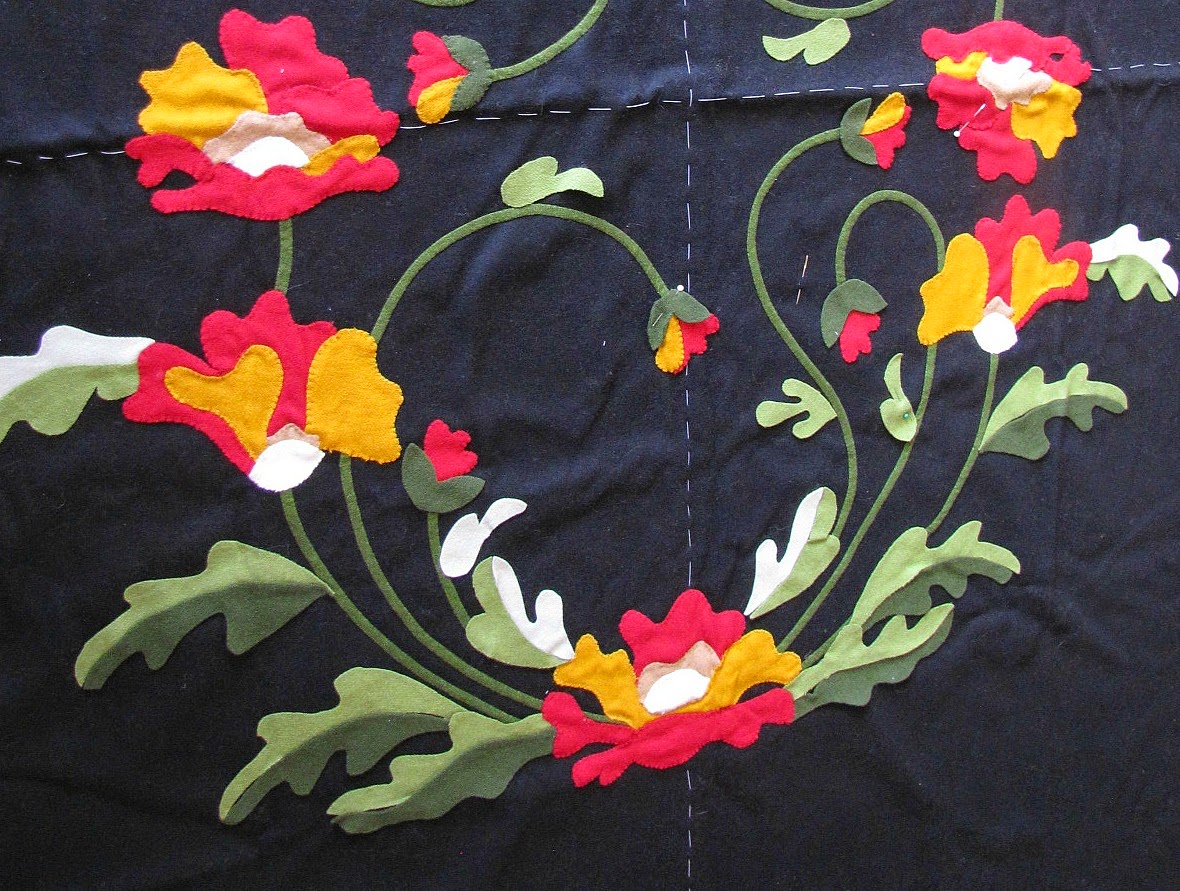 Are there things I can do to
make me keep going or
is this year for a final good bye?

It's a design that was is the Spring/ Summer

Quilt Sampler Magazine, 2004.
The wool applique , I think,  is patterned after
an applique kit 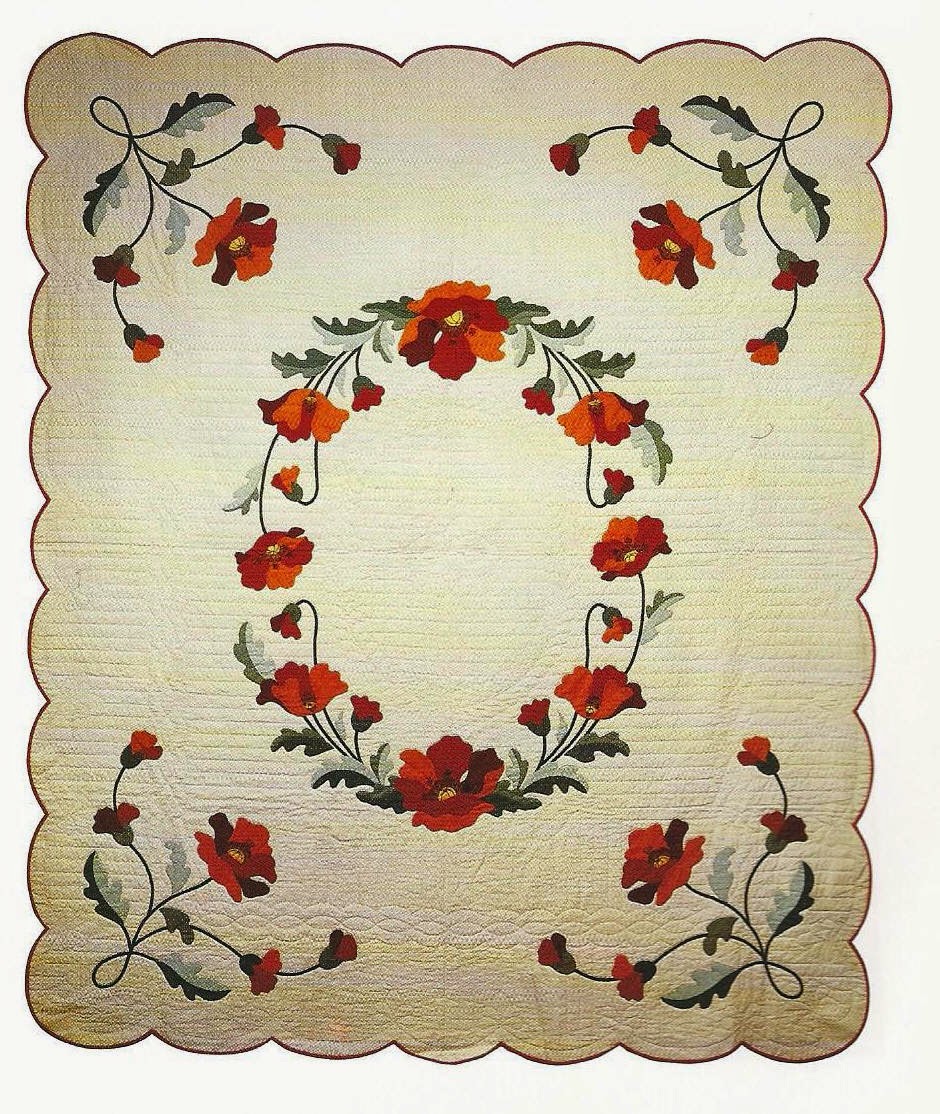 called Poppy Wreath by
the Progress Company.
(This photo is of the quilt Mary Schafer made in 1953
which is from the book Mary Schafer,
American Quilt maker by Gwen Marston.)

Secondly, I originally didn't want to fuse
the wool pieces onto a wool background.
I didn't want the top to feel too stiff.
(Remember, products have changed in the last ten years.) 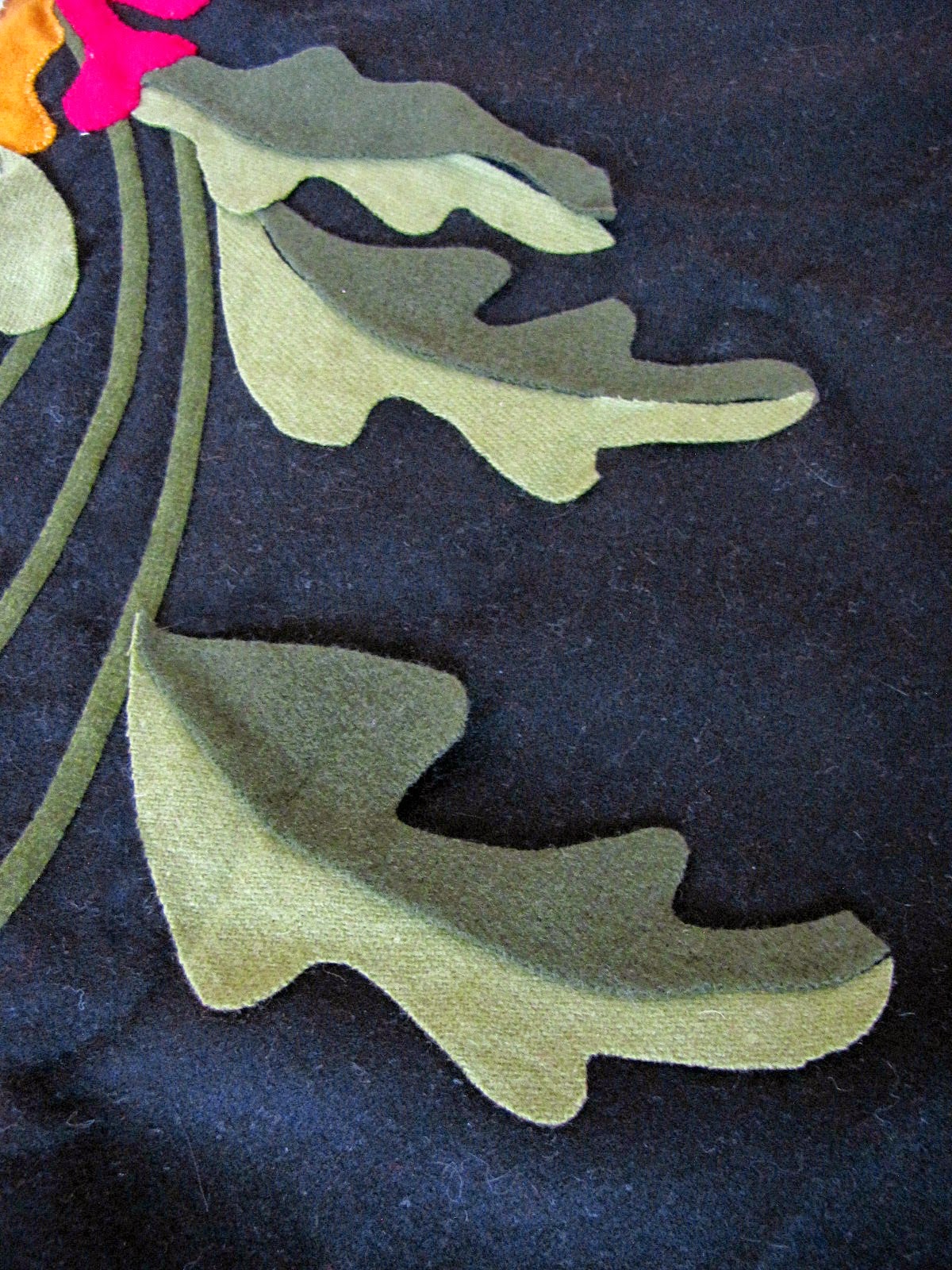 So it was a challenge
placing the pieces and then keeping them in
their proper places.
Fun factor = 0

We, meaning my other quilting friends
who wanted to make the same quilt, 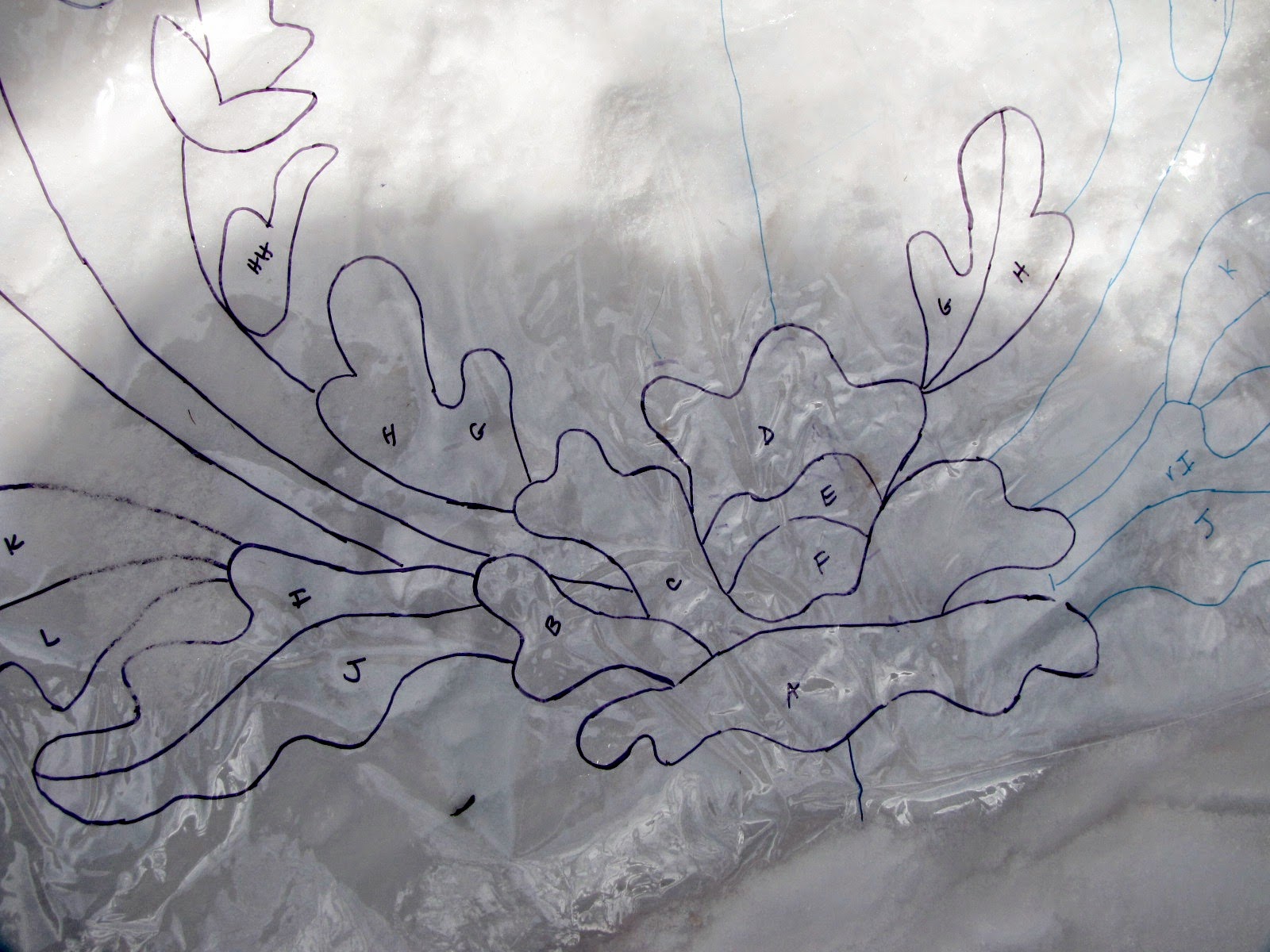 had to create a giant plastic overlay pattern
in order to place the pieces properly.
The pattern got slightly skewed
so when it came to using it, there
was quite a bit of adjusting that
needed to happen.
Fun factor = 0

I decided to use wool that I already had.
I liked everything but the gold wool.  It
had a looser weave so it tends to look ravely 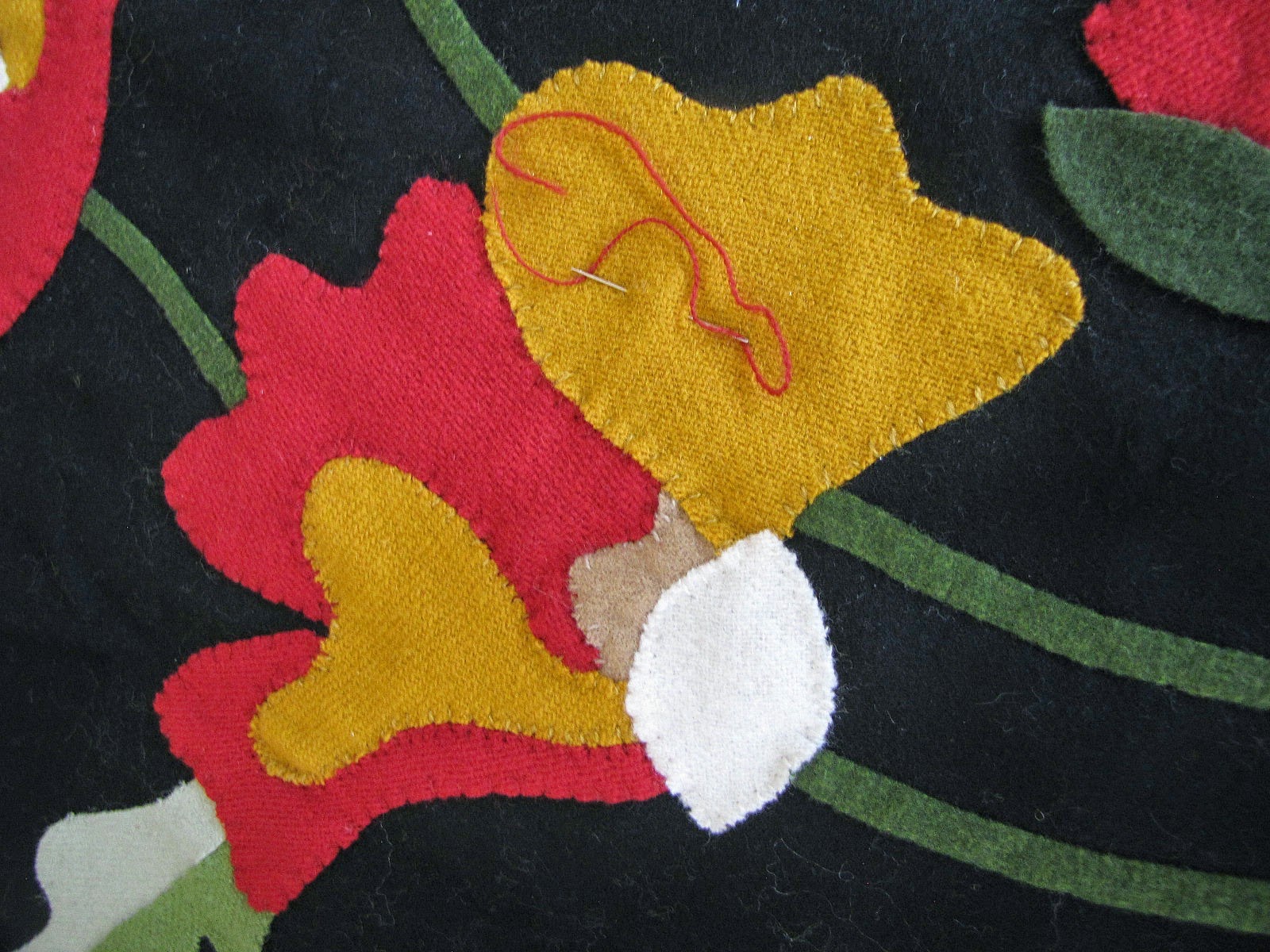 around the edges even though all
the wool had been prepped properly.
I should have gotten a different piece, but I didn't
Fun factor = 0

The pattern suggested buttonholing
around each piece, but I decided,
in my wisdom, to just whip stitch around each piece.
It would be fast.
Thinking back, maybe if I had buttonholed
the edges would have been more defined
and less ravely looking and
maybe I would have gotten it done....faster!
I have way too much done to start over.
Fun factor = 0

I also decided to use DMC wool embroidery thread to do the stitching.
It blends in nicely, but 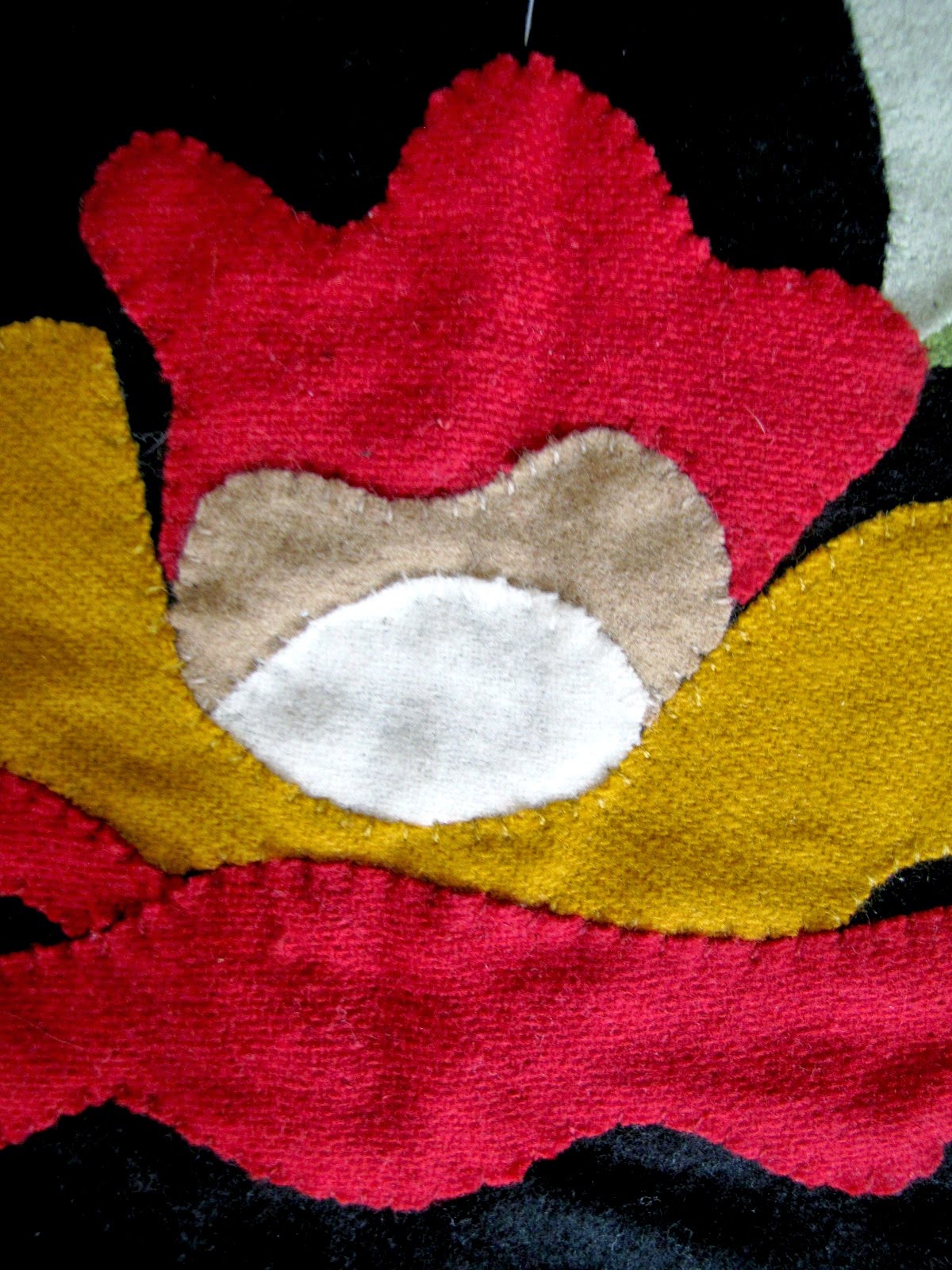 Oh, one more thing,
when I do eventually quilt this,
probably with black perel cotton using a big stitch,
it will be black on black.
Fun Factor,  a great big = 0

Okay I know, it doesn't sound like I want to go on,
but I'm going to see if I can.
Really, 10 years is way too long to have something lingering.

I have to start with more whip stitches around the pieces, which are all
in place.  I think, I must have glued the final pieces. 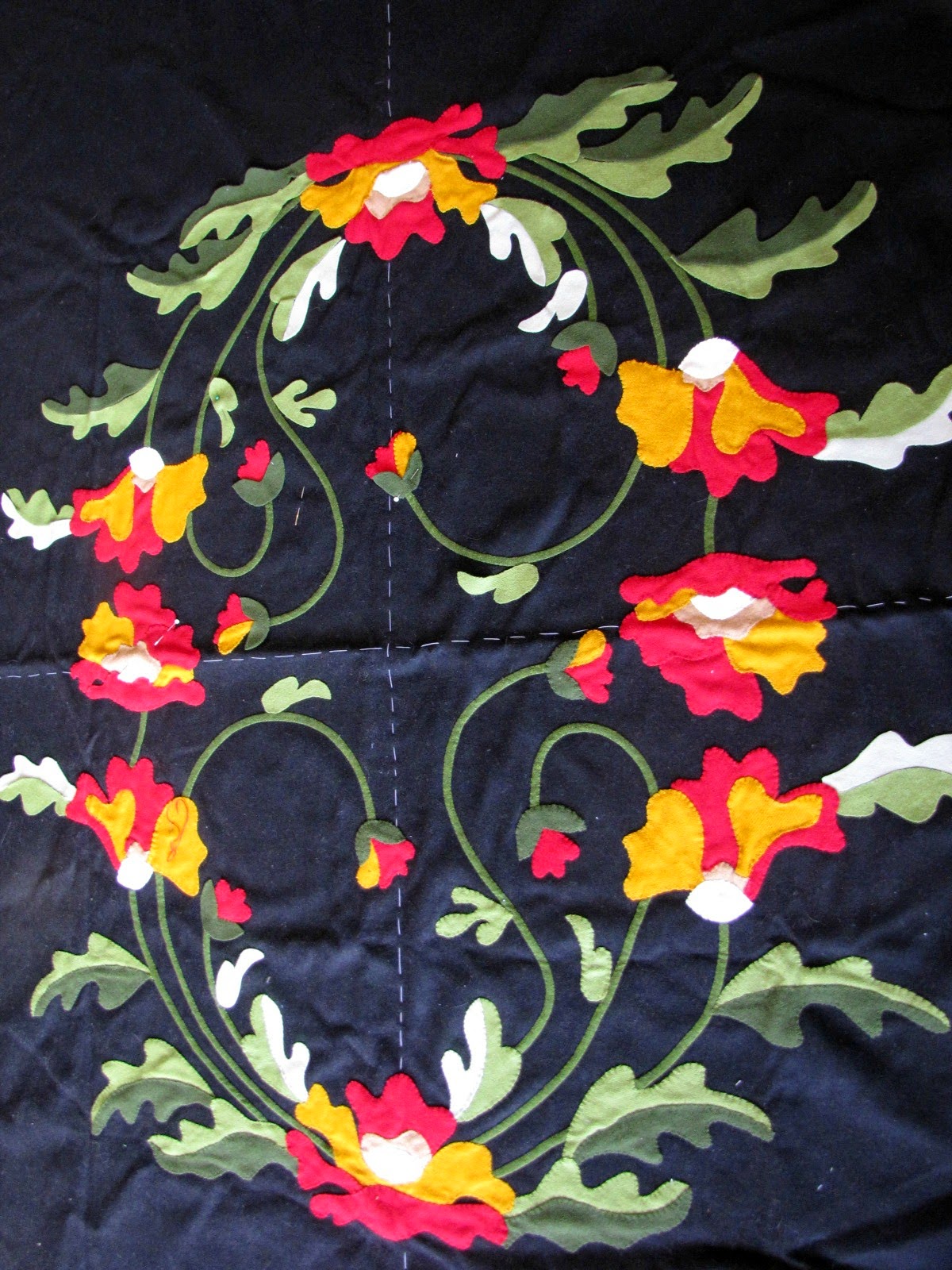 Sounds like I did one thing right!
I'll keep you posted if the fun meter changes.