I Haven't Abandoned You, Mystery Quilt

Well, the mystery quilt,
"Mountmellick",
by Di Ford is officially over.

What that means is everything
has been revealed.
It's no longer a mystery.
The last installment was in the latest
Quiltmania magazine # 104.

I had been waiting for the ending
to finish.  Not because I was concerned
about what it was going to look like,
but because, borders 5 and 6, of course,
had applique pieces that I thought
would be difficult to place correctly
if the borders weren't attached to the quilt beforehand.

So I waited and
now I'm working on the last two borders together. 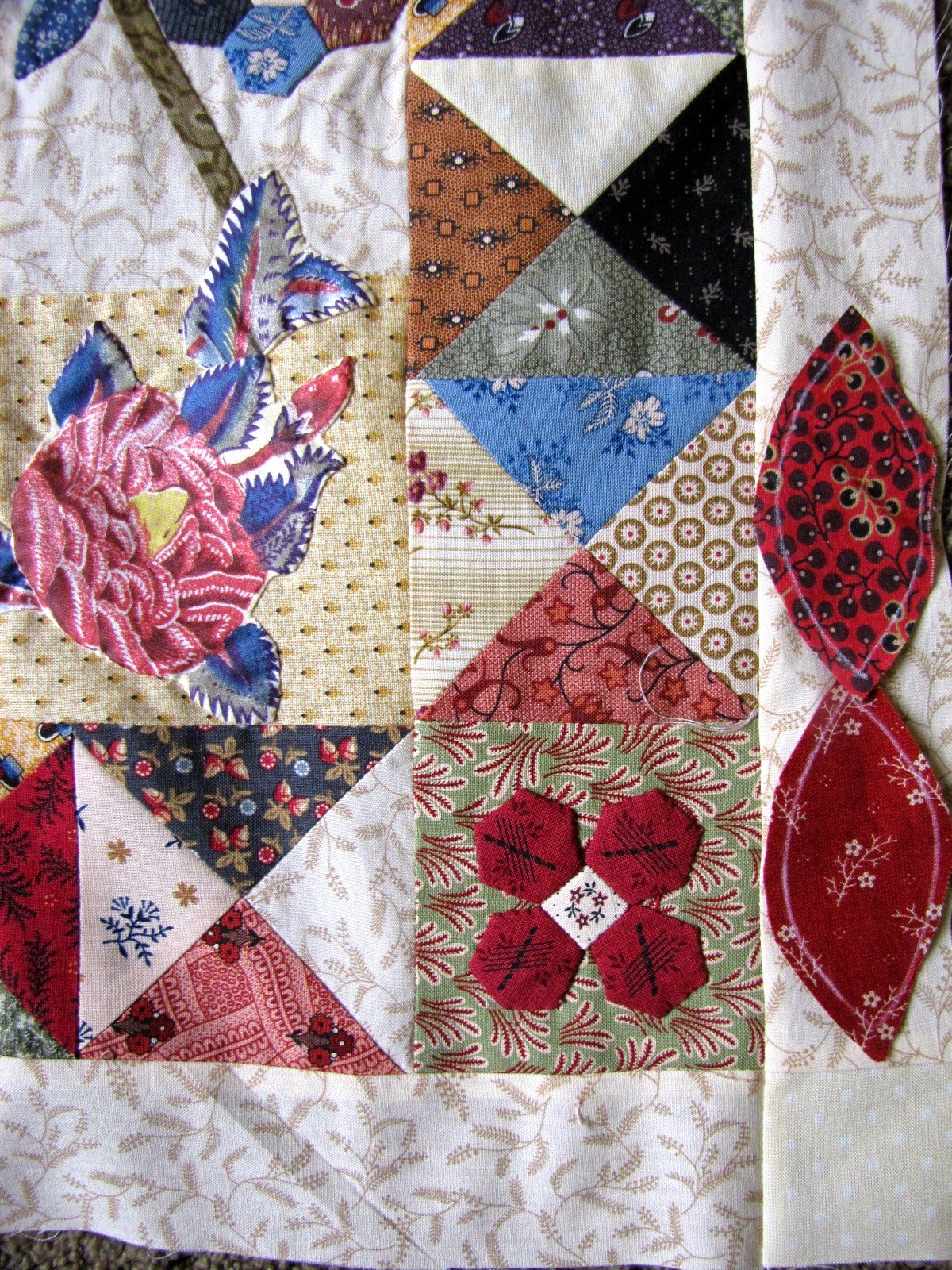 Can you see how close those applique pieces are
to the edge?  I know I would have had a hard
time keeping the applique out of the seam allowance.

So instead of appliqueing those,
I pieced border #6 and 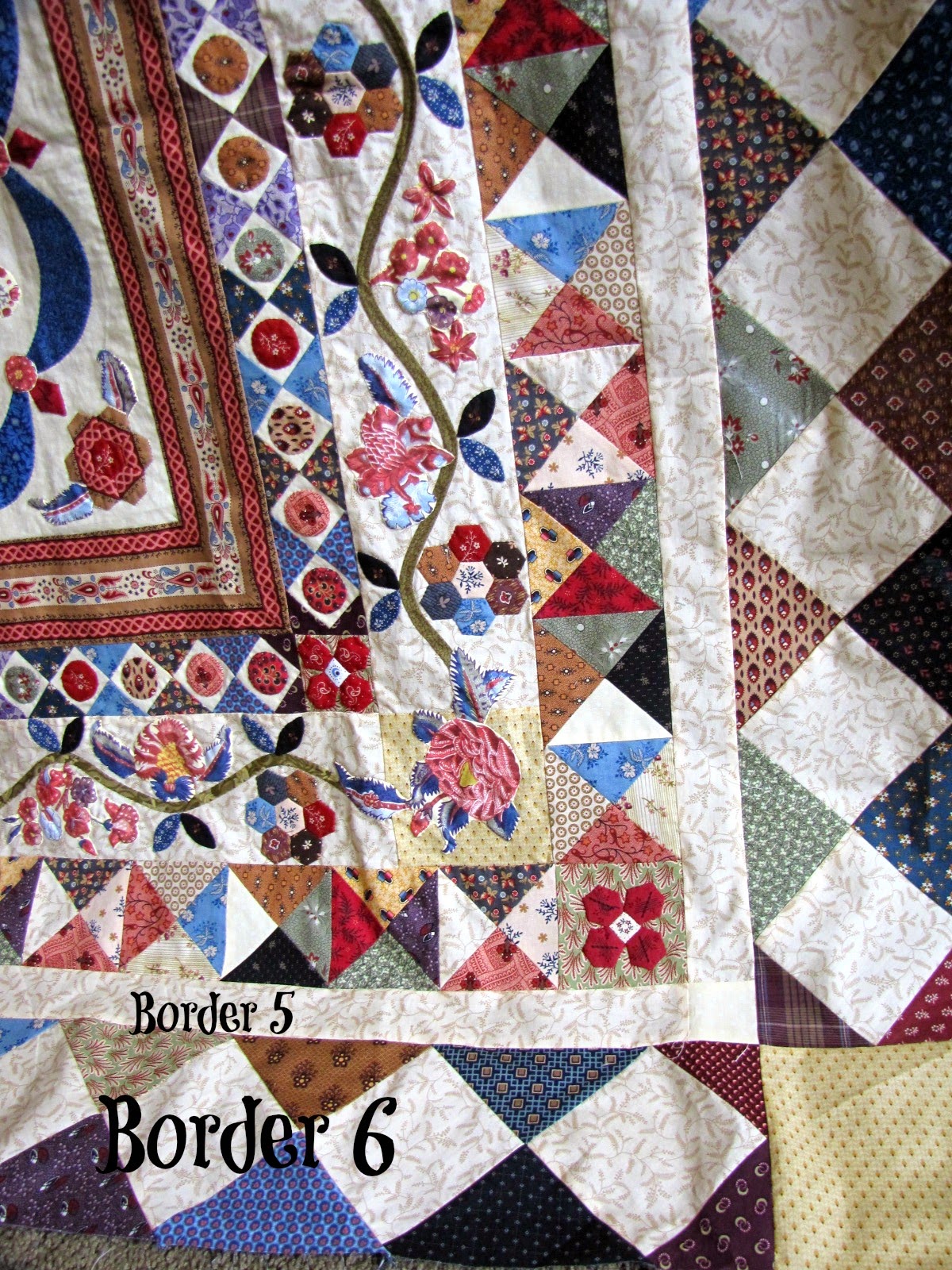 added that to the quilt top.
Granted, the top is now bigger
and a little more difficult to handle,
but worth the extra bulk
to get the appliques centered properly, 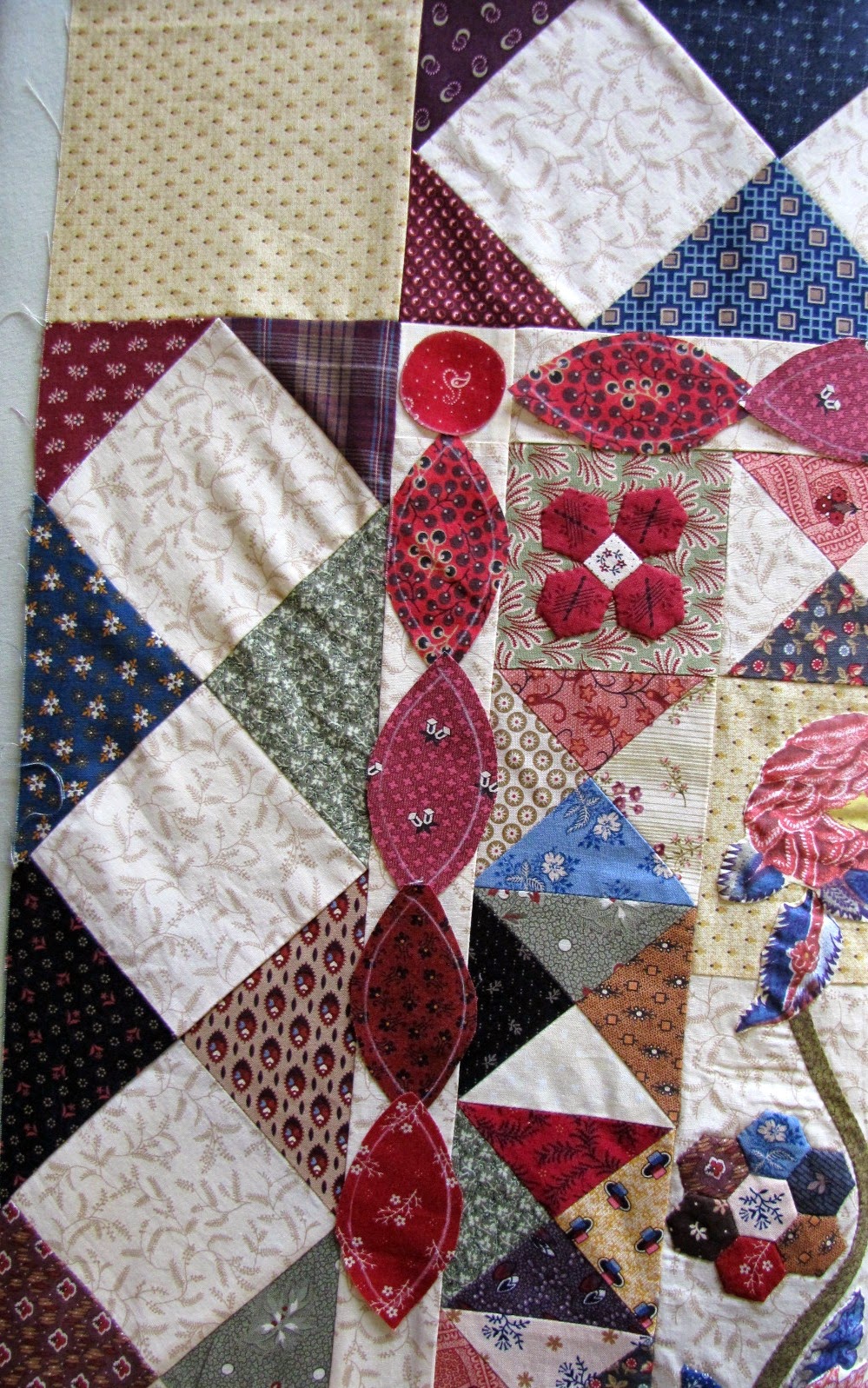 so they won't being gobbled up
in the seam allowance.
It makes it easier for me figure out.

Lots of English Paper piecing to do.