Kyle's Cupcakes Go to a Party

To add a sweet touch to our recent party,
we decided that cupcakes
had to be the dessert.
Why?
Because they're
easy to eat,
easy to serve,
not to filling,
and just plain FUN!

I needed help.
I called upon my cupcake accomplice and cohort,  Elizabeth.

We needed to decide how many cupcakes to bake.
Certainly, everyone would eat more than one.
that meant approximately 160 sweet treats.

The hardest decision was what flavors to bake.
With some consultations with the bride,
we decided on 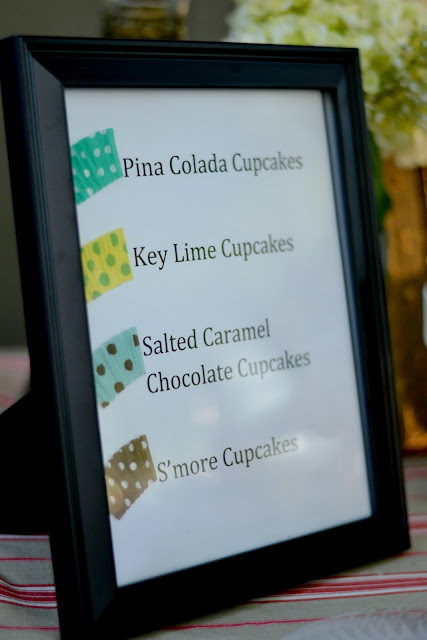 The recipes needed to be tweaked for altitude
and the ingredients amounts increased,
then total amounts of ingredients figured, 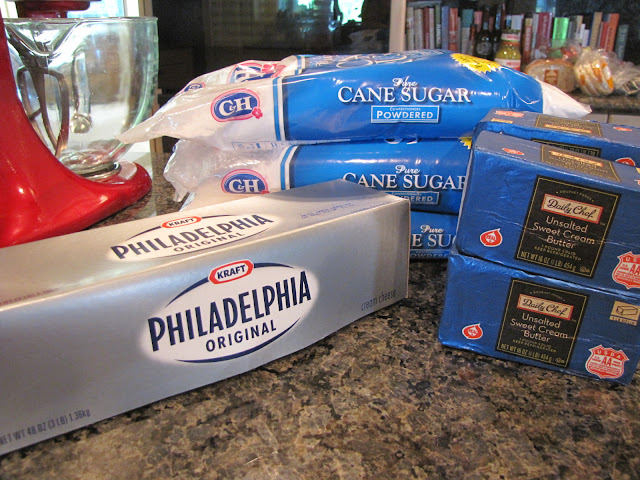 6 pounds of butter, 2 1/2 pounds of cream cheese,
6 pounds of powdered sugar, etc.
and then a major shopping list written.

The day before the party we started baking,
no problems.
On Saturday it was time to add the yummy frostings.
Elizabeth ended up doing all the frosting herself.
She was the queen.

The only melt down we had was literally a melt down.
Saturday the temperature was in the 90's.
Buttercream frostings just can' take the heat
so they needed to get out of the kitchen.
FAST! 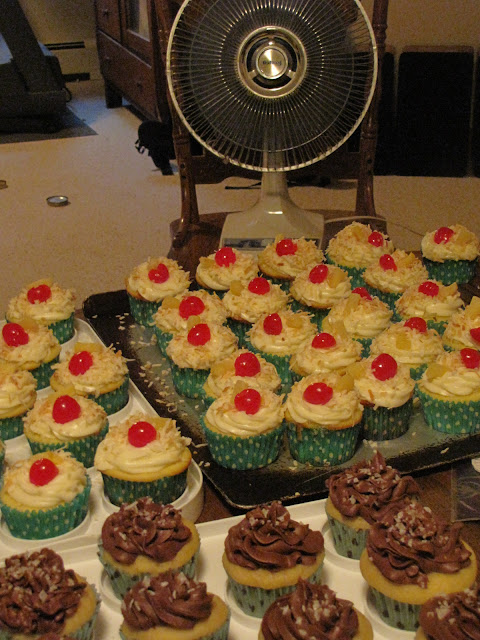 The basement was the only place cool enough
and still they needed multiple fans blowing over them.
The cooler air helped to stabilize the butter. 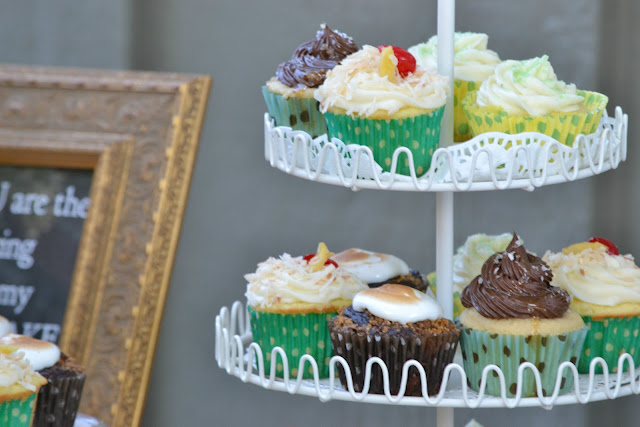 When the cupcakes were served there were oo's and ah's. 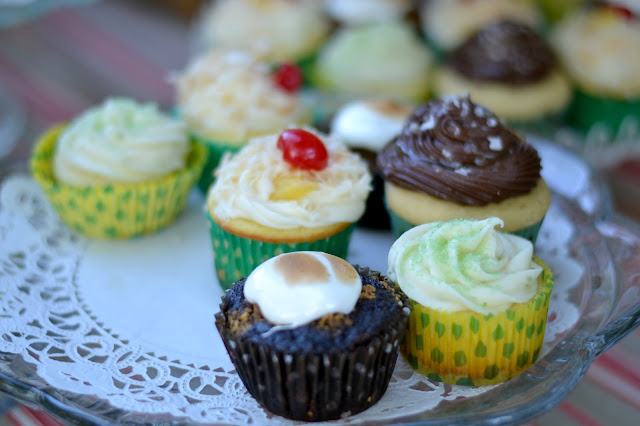 They looked so cheerful on antique cake plates. 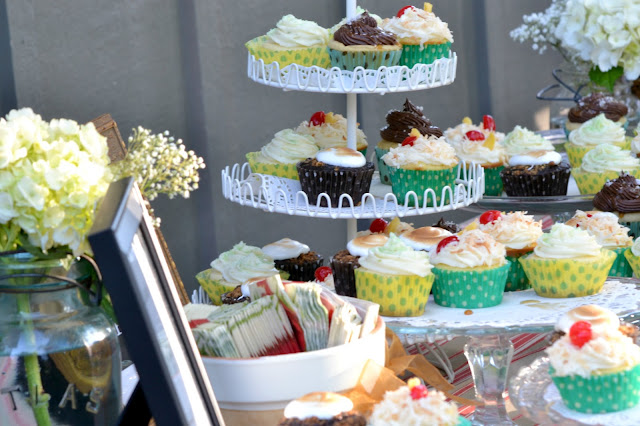 We were right,
they were easy to serve,
easy to eat, 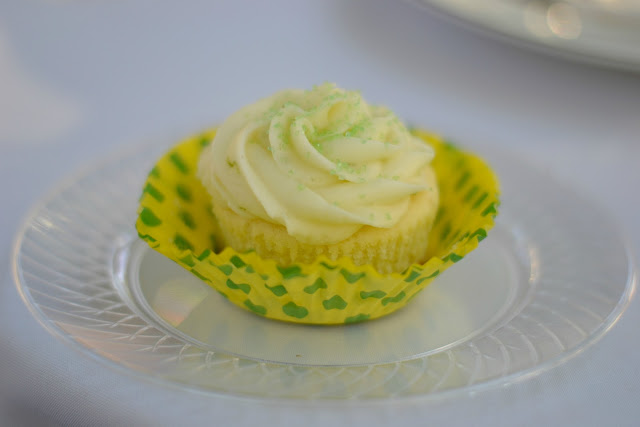 and nobody ate just one. 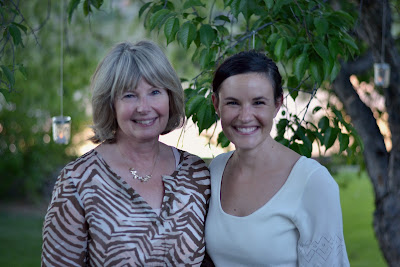 Brought to you by:
Kyle and Elizabeth's
Cupcakery