Many of you were wondering
what's been  happening in the raccoon nursery.
Still there.
Enjoying our hospitality
And no sign of the babies yet.

How do we know they are still there? 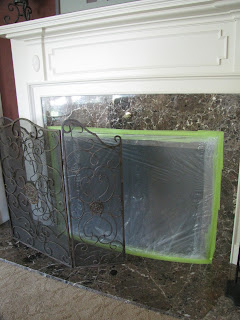 He's given up on the rock music.
I think it was driving him more crazy than the house guest
so when it's quiet
we can hear the mother raccoon purring.
Probably when she is feeding her little ones.
The babies haven't been squeaking as much as before.
They're growing bigger. 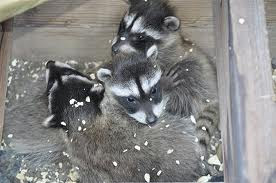 But the real way we know they're still here is that
a couple of times a week,
Running Man takes his post on the opposite roof line at dusk and
waits with
his flashlight in hand 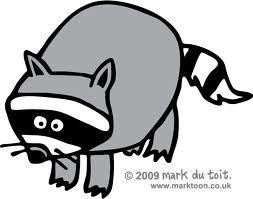 to spot the mother coming out of the chimney
and on her way to search for food.
(Wish I had a photo of that)

He hasn't actually seen her come out,
but suddenly there she is looking at him
.  She scampers one way
and
Running Man scampers down another way.
But he never sees her again.
She's faster on a roof than he is.

One of these evenings she won't be alone.
She'll bring her family up out of the chimney
to explore the night with her. 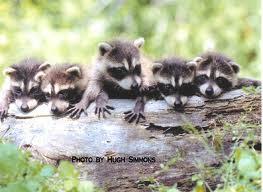 Then we'll know it's time to block the entrance
and send them on their way.

But until then we still have guests.
Until Next Time-

Labels: Animals on the Lake