My week has been just a little bit random.
Small bits of interesting things thrown together.

I'm sure most of you are acquainted with the website.
It's like creating your own magazine with no ads
and you get to include only the things you like.

I collect lots of ideas,
but truthfully don't do too much with my pins.
Except this 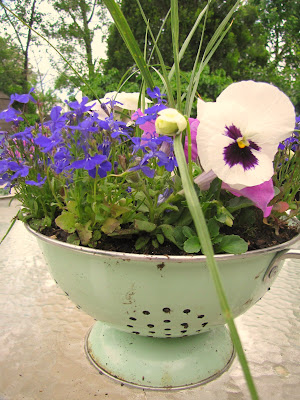 Elizabeth had a rusted colander.
It was a great color.
So look what she did.
So cute!
***

Ever since Sanford was born
he's loved to bounce.
His mommy and daddy bounced him a lot
on a birthing ball when he would get fussy when he was first born.
Now he loves to be held in a standing position
and just bounce. Up and down..up and down.
He's got very strong legs.

But look what he has now! 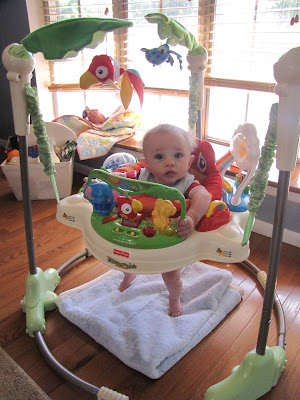 He loves it.
Now he can bounce to his hearts content. 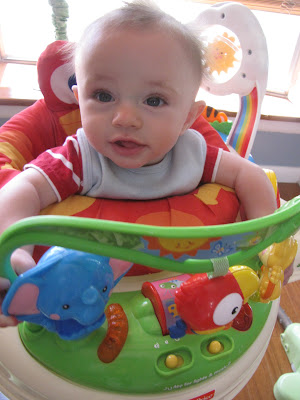 If fact the first time he used his new bouncy chair,
he bounced for about 15 minutes and fell fast asleep.

But now his endurance is up,
he can do his aerobic bouncing for who knows for how long. 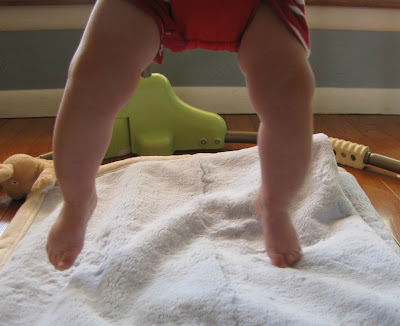 Actually, we limit his bouncing time.
***

We have nonpaying boarders at my house.
We've tried to have them evicted, but with no results.
I think they are here to to stay for about another month.

A mother raccoon got into our chimney
and has created quite the nursery for her young family. 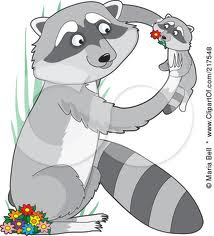 They are located behind the firebox and the outside wall.
So they can't get in, and for now the fireplace
is taped over with plastic to keep the smells of nature out of the house.
Oh, what fun.

The animal control folks said, she loves it there.
It's dark and safe
and except for the rock music, it's quiet. 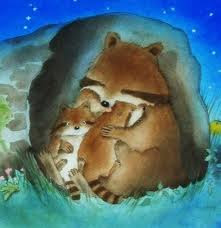 She'll stay until she can take the babies out with her.
Then we'll put a one way door on top of the flue
and they won't be able to get back in until we fix
it for good.

Then the family will have to look for lodging else where.
They're pretty noisy at times, lots of squeaks. 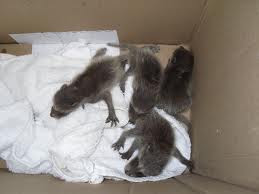 A mother raccoon can have 3 to 7 babies.
I hope I can get a couple of good pictures when they vacate. 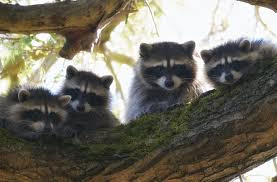 It's the least they can do.
***
Really, the biggest question is not how they got into our fireplace,
but where did the guy get the raccoon and coyote urine!
You just can't hand them a white paper cup and say, "Please".