My mini for the month of July
came about as
a combination of genealogy and
a quilt group challenge. 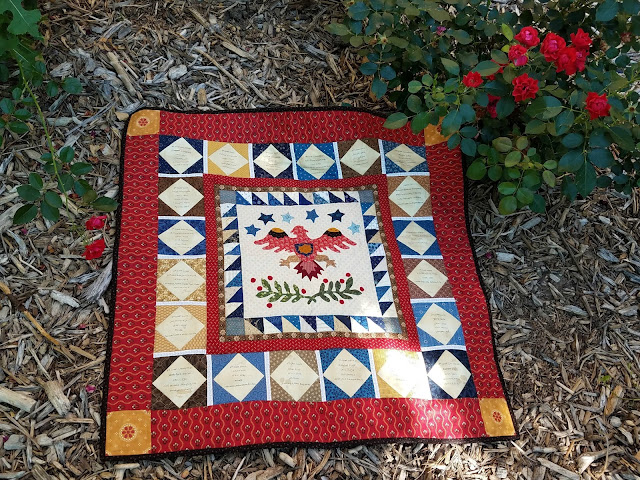 The quilt challenge was to make a monogram quilt.
Use your initials however you want.
A letter could be represented by a color,
a pattern, a type of fabric or an idea., etc.

Here's what I was including in my quilt.

R = remembrance, honoring those who came before me


A couple of years ago, my daughter and I
became interested in finding out more about our family linage.
I have a cousin who had done some extensive research
and Ancestry.com definitely helps you get access to records
that would be difficult otherwise.

Through our research we found
our kinship to many relatives who were Patriots of
the American Revolution.
April 19, 1775 - September 3, 1783 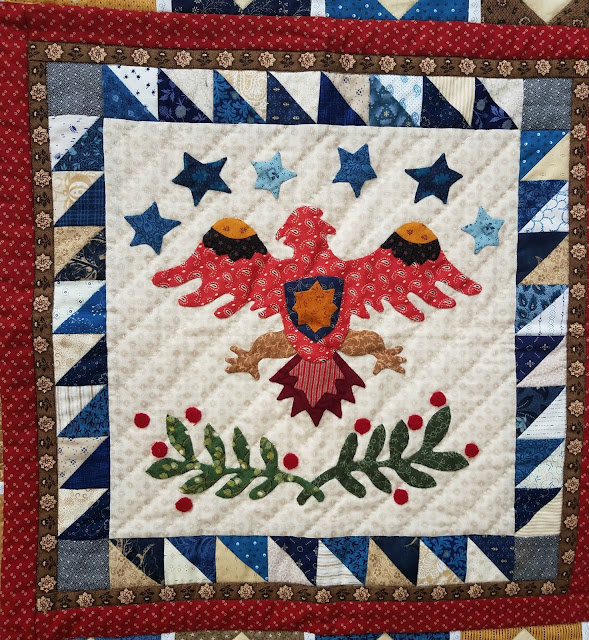 I began with the
center of my quilt and reduced the size
of an Eagle from one of the many
Lori Smith's patterns I have.
From My Heart to Your Hands.

It's there in the center representing
the national emblem of the United States.


With the genealogical work we had done
the first Patriot we discovered was
Simeon Wheelock,
my 5th Great Grandfather. 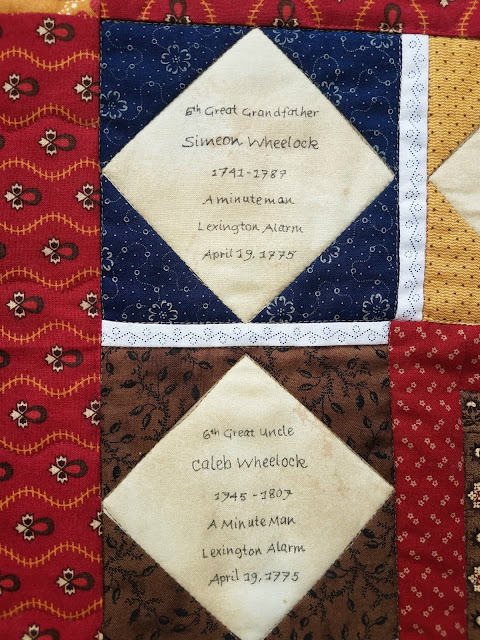 Simeon and his wife, Deborah Thayer Wheelock
lived in Uxbridge, MA with their 8 children
in this home built in 1768 and is still used today by
the Deborah Wheelock chapter of the DAR . 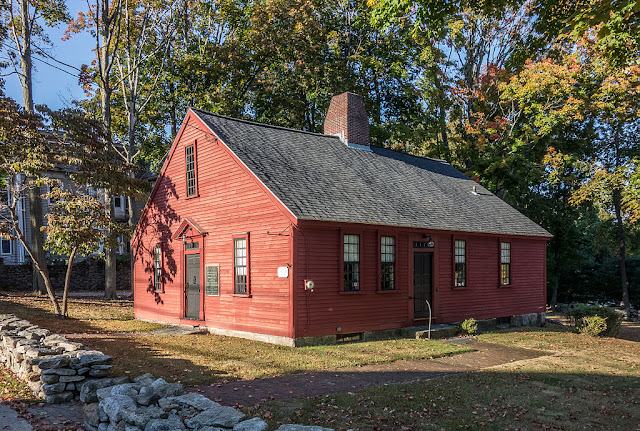 Simeon was a blacksmith by trade and
was involved in many resistant activities leading up
to that first confrontation at Lexington and Concord.


Simeon along with 3 of his brothers,
Caleb, Calvin and Luther, and their father, 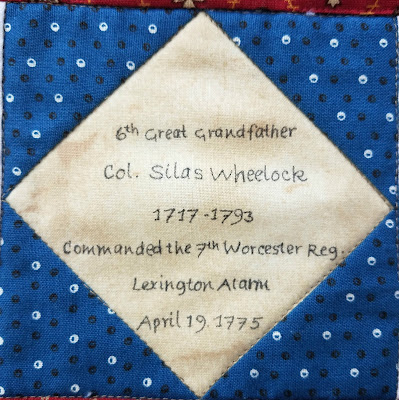 answered the alarm on
April 19, 1775
and were part of the civilian militia
that marched to that first military engagement.

Those 5 men from the Wheelock family
along with 14 other members
of different family units
all are recognized Patriots
in their willingness to sacrifice their
lives to gain independence from Britain. 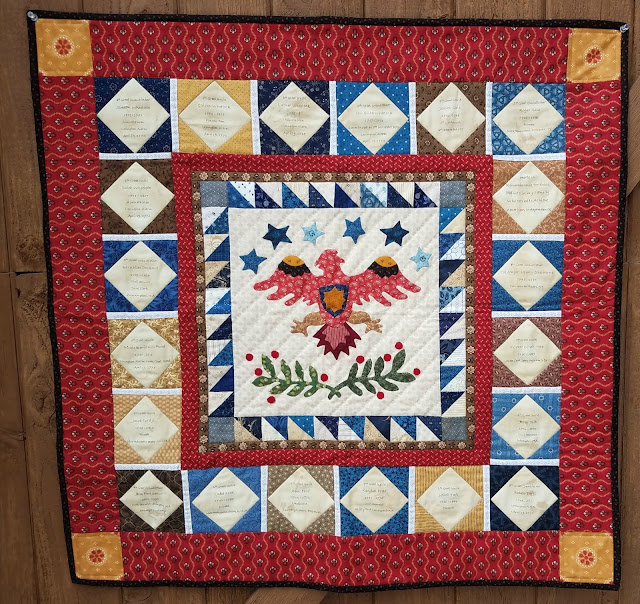 This quilt was made in remembrance of
those men and their wives and families,
my grandfathers, uncles, grandmothers,
who participated in the events and battles
of the American Revolution.

They are not the famous Patriots 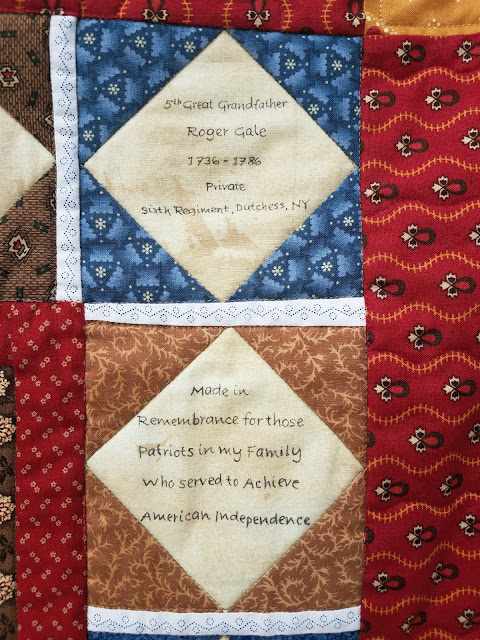 who you read about in the history books.
They were regular folks
concerned about their families,
their lives, their livelihoods, along with
their rights to
happiness, justice, and equality. 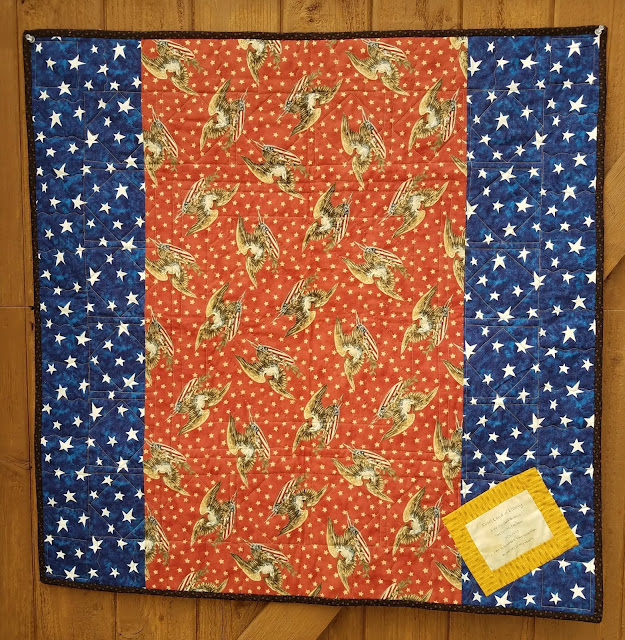 This is a quilt I have been wanting to
design and make for quite a while.
I was inspired by Barbara of
Quilts, Gravestone, and Other Elusive Ancestors
by her ability to incorporate genealogy into her quilts.
Thanks, Barbara.

It's been a couple months since I
actually made a monthly mini, and
I'm linking this to Wendy's blog
The Constant Quilter
so you can see what others
have been creating. 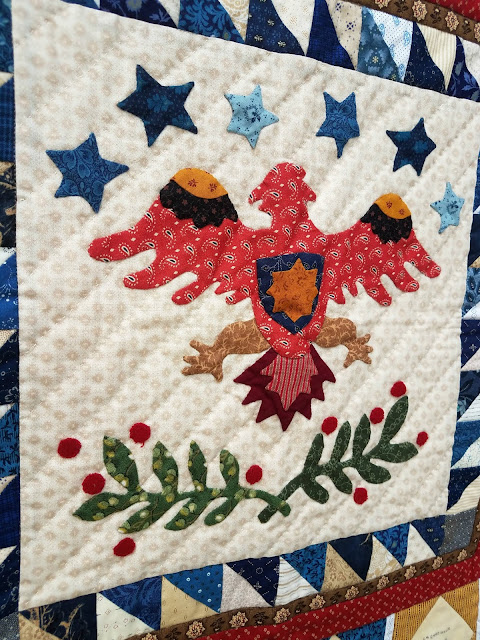