One "fun" thing about
packing up all the closets and cupboards
is that I've come across some
items I'd forgotten about.

Note: I use the word "fun" lightly

Back at the beginnings of Ebay
it was so interesting to be able
see and find new and unusual things.
Things I couldn't find in my
little neck of the woods.

I got interested in the world of
ephemera
No, that's not a disease,
but the collecting
of written or printed material that
was intended not to be long lasting.

One of my interests was in
the trading cards that the Singer Manufacturing Co
printed  and distributed
as part of an aggressive advertising plan.

One give away group of cards was in preparation for
Chicago's 1892 Great Colombian World Fair. 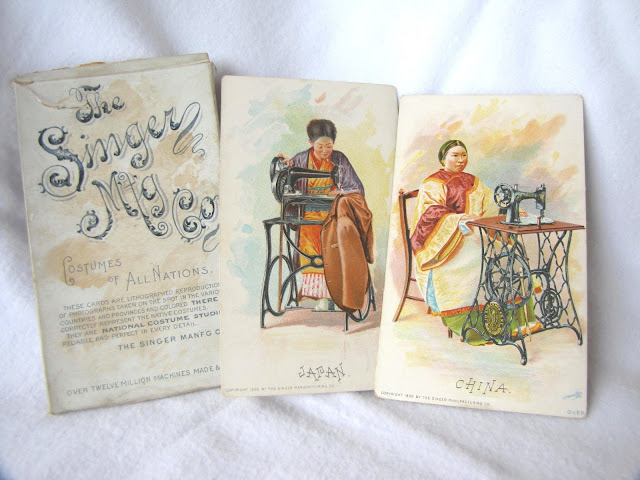 called "Costumes of All Nations".

The cards were printed lithographs taken 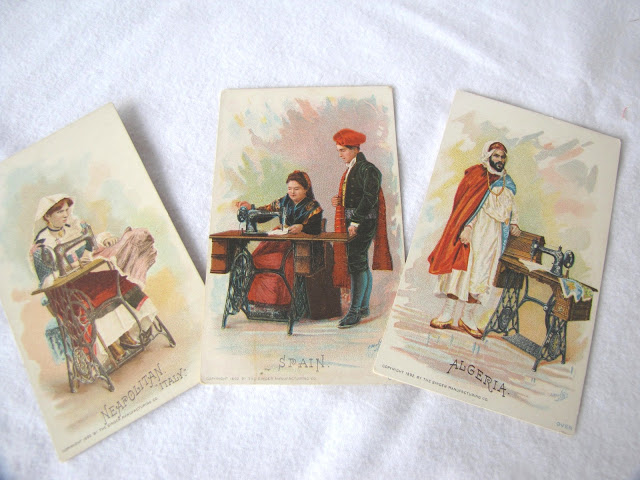 from photographs which were taken by their agents in different countries.
The customers were  dressed in their national costumes.

The backs of the cards 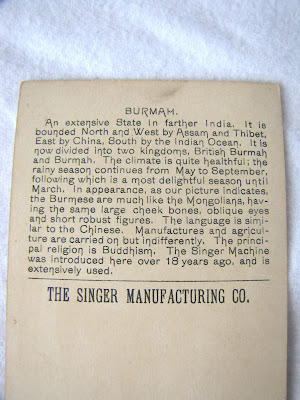 reveal an "interesting attitude"
towards all these different cultures.

I love the fact that these
cards show the same country, but 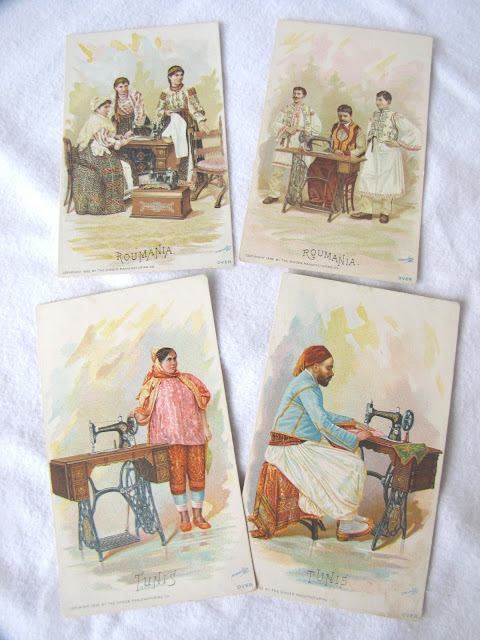 the men and women each have a separate card.

It appeared that Singer was ready to
civilize the world with their sewing machine. 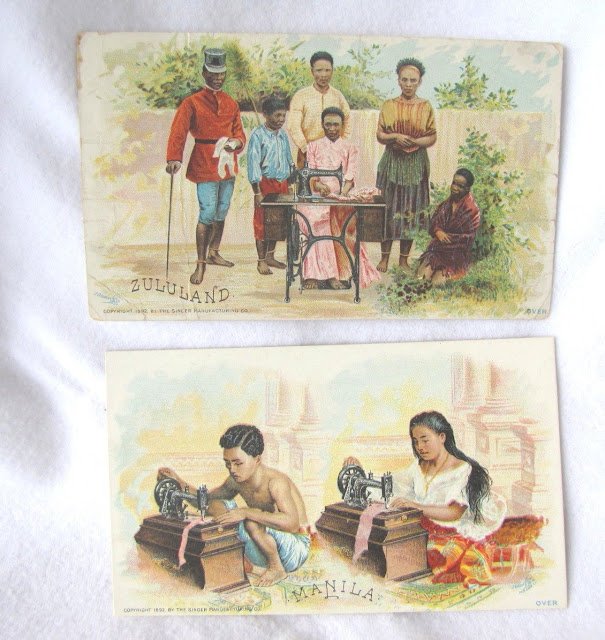 With a Singer, life was going to be better. 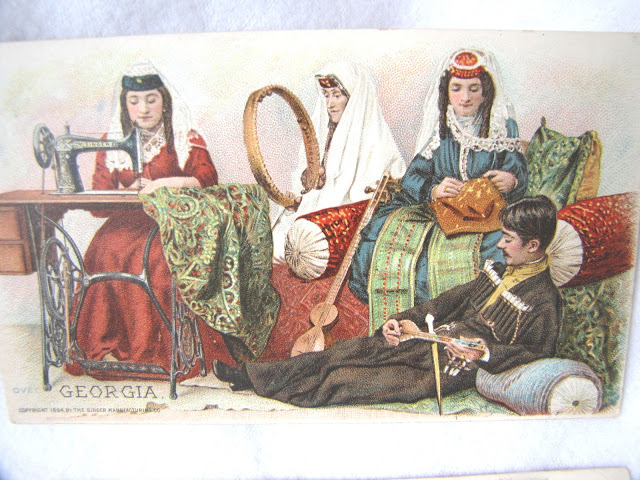 These cards are interesting too. 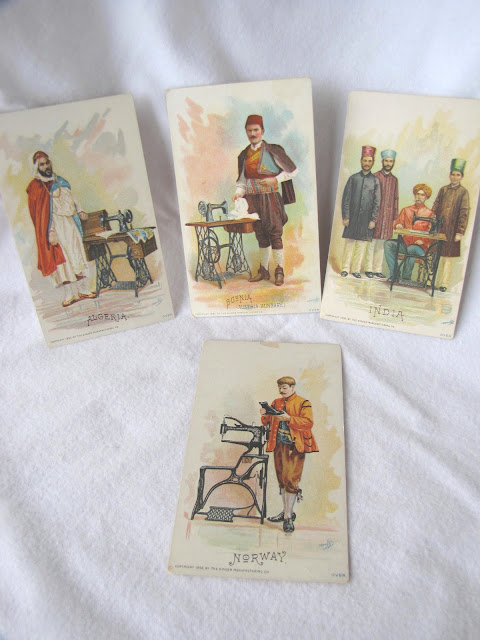 They only show men with the sewing machine.

Millions of these sets of cards
were given away.
People loved them as a window on the world. 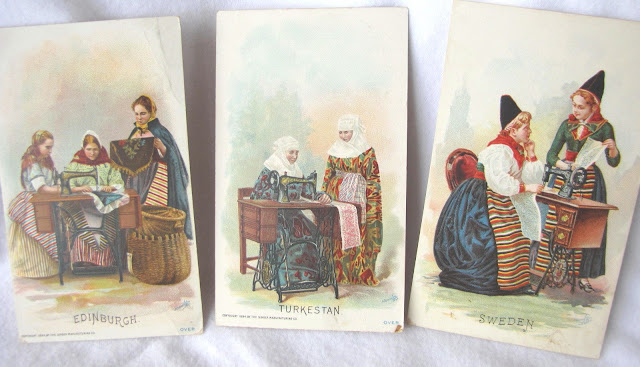 These cards are from 1894
The color and detail is really lovely. 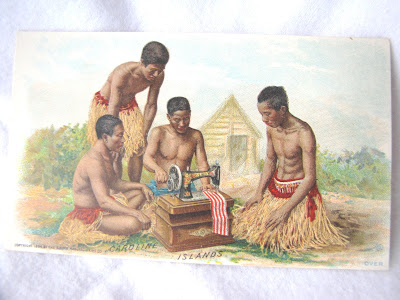 corners of the globe.

Singer continued to show the world how progressive 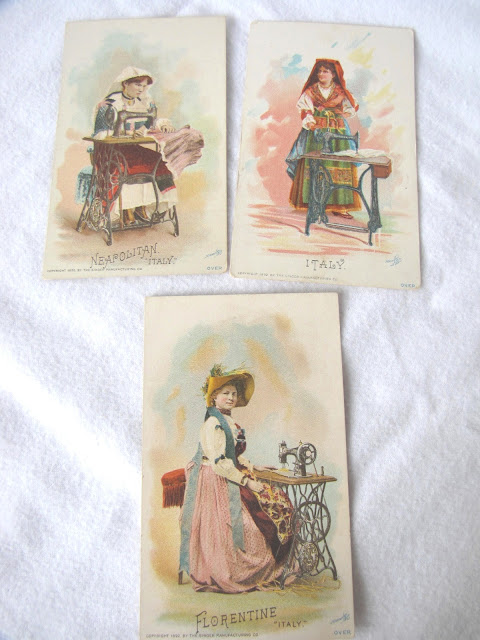 having a sewing machine was.
In many cases you have to study your geography
because these regions or countries 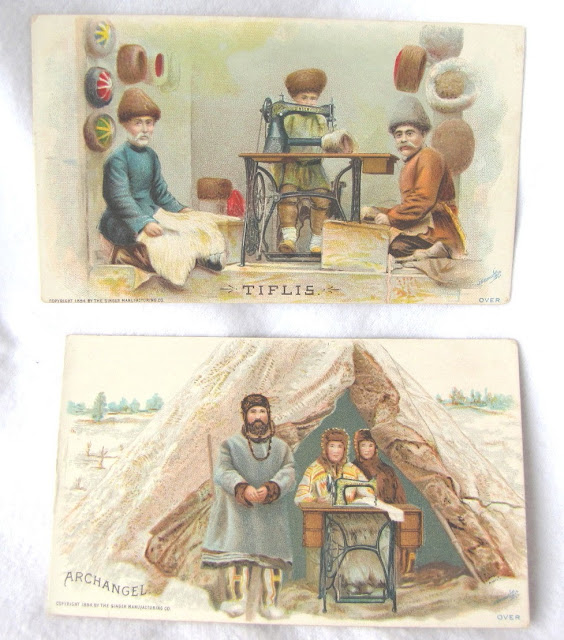 
They kept printing these cards until
the beginning of WWI.
The cards are an interesting look
at cultural history nearly
a hundred twenty years ago.
Until Next Time-