The alarm went off at 2:30 am
and we were up and ready to leave the motel
by 3:30 am to join the other
795 ultramarathoners at the start of
" The Race Across the Sky" 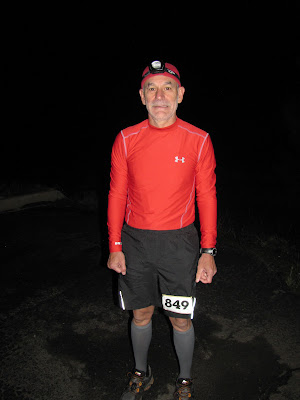 I wished Running Man good luck and
reminded him I would see him in 23 miles.
The gun went off at 4:00 am 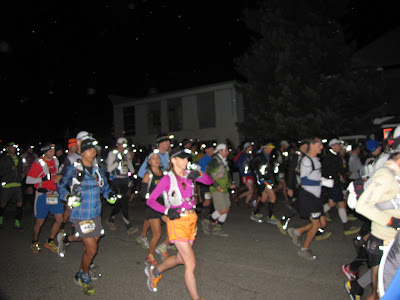 and what seemed like an endless
stream of headlights were
quickly swallowed up in the early morning darkness.

The first runners completed the first quarter of the race
in 3 hours and 5 minutes.
Hey, I'd like some of that energy.

Running Man was close to his target when he
came onto this check point. 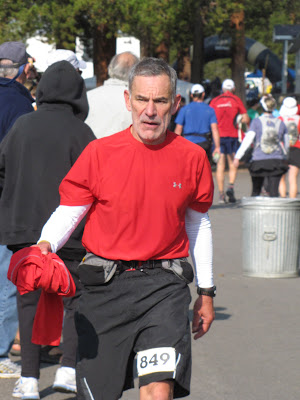 As a crew,
which stands for
Cranky Runner,
Endless Waiting, 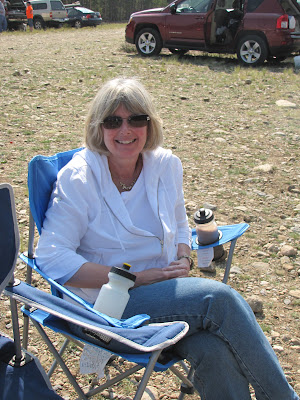 we had a list of items to prep and
things to do and items to exchange in and out, but
basically, we were there trying to meet his needs
and to keep him healthy and safe.

All seemed good,
but later when we looked closely at the headlight he had given us
we noticed it was cracked
and commented that he had blood on his elbow.
He hadn't mention the fact that he
had, we assumed, fallen somewhere along the trail.

But on he went.

There's such excitement, enthusiasm and a  party atmosphere
in an event like this.

Some runner have no crew and only use drop bags to
get their supplies, while others
have such huge groups complete with signs, horns, matching
Tee shirts and even costumes. 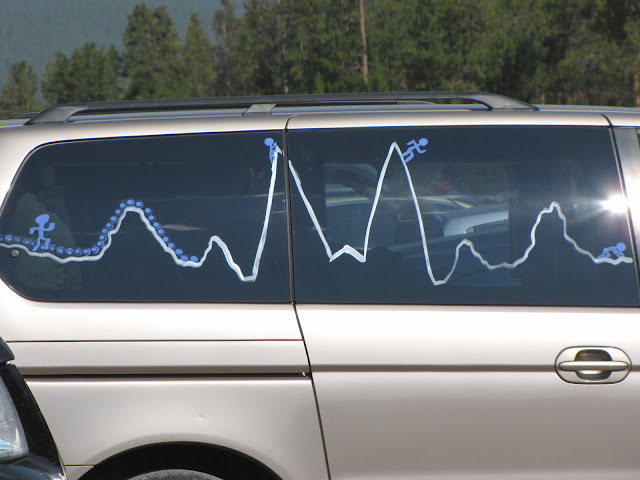 We loved how this van had the race drawn on the
windows and was marking their
runner's progress.

Notice how the runner looks at the end.

Running Man just had Elizabeth and me waiting at
the check points.
But we were there and always ready. 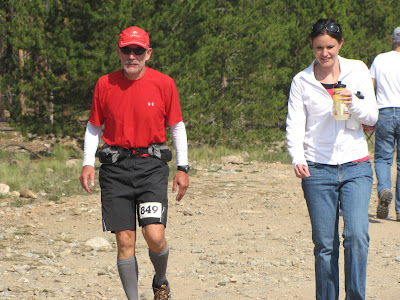 Twin Lakes was the next big check in point.
Unfortunately, we did more waiting than we had planned. 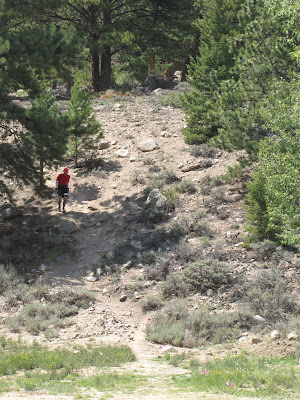 making his entrance down the steep rocky hill
into the station.
The 40 mile marker.

He had seemed tired to me.
He didn't have the
"eye of the tiger."
Why?

He had twisted his knee when he had
fallen early in the morning.
He had caught the toe of his shoe on a large root
that crossed the trail,
twisted his knee and fallen on the other one,
and landed on his head protected only by the headlamp.. 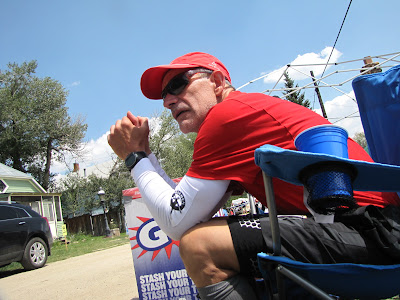 At this point, he sat for a while,
trying to decide what he needed to do
and wrestling with what he wanted to do.

His 40 miles completion was
no easy thing.
He was disappointed.
And I know he would have pushed himself to
complete more of the race, but
he chose the safest path
and turned in his timing chip. 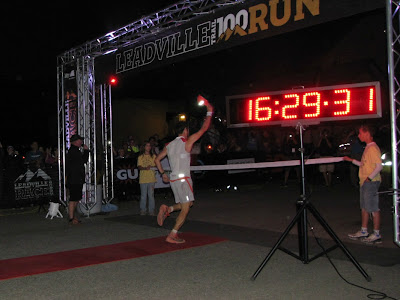 The mantra of the race is
" You can do more than
you think you can." 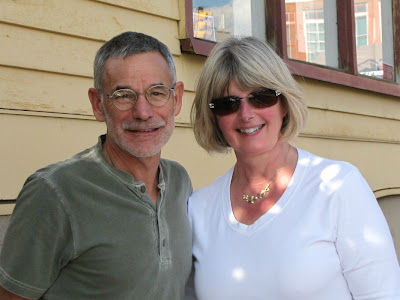 "Running Man"  We're proud of you!