When Barb Vedder
of Fun With Barb
organizer a nine patch swap in June of 2014,
I decided to join in.

And I'm glad I did.
My 3" reproduction nine patch blocks
were mailed to her,
she did her magic of swapping them around,
and I in return received beautiful nine patches
made from 50 different quilters around the world.

Barb's tutorial for making fast
and accurate nine patches can be found
on her blog Here.
It's a great method.

I wanted to do something special
with these blocks. 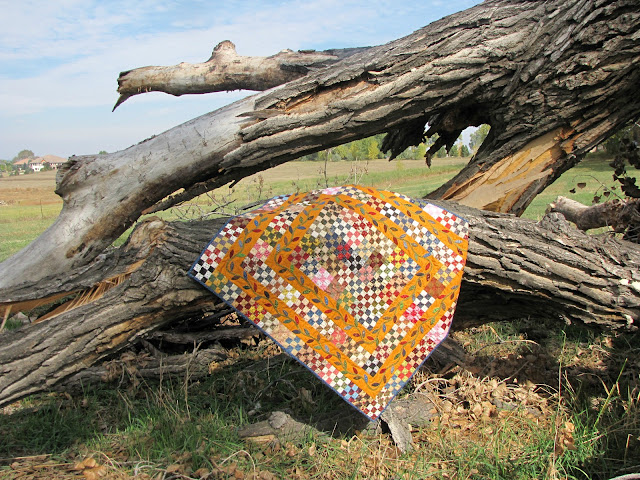 Here's what I came up with,
nine patches side by side and 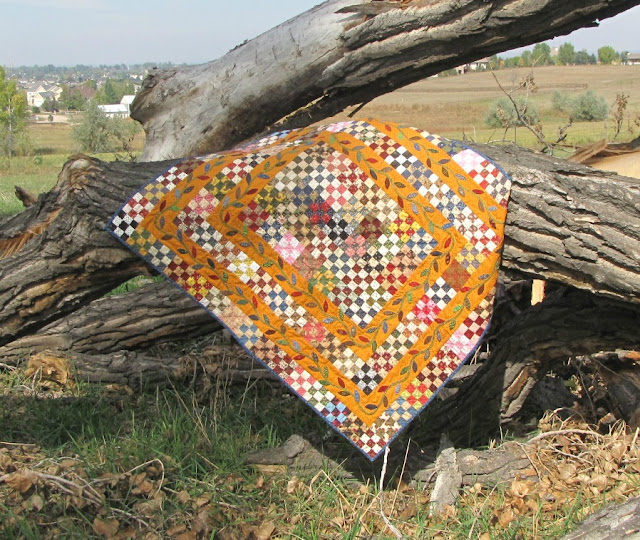 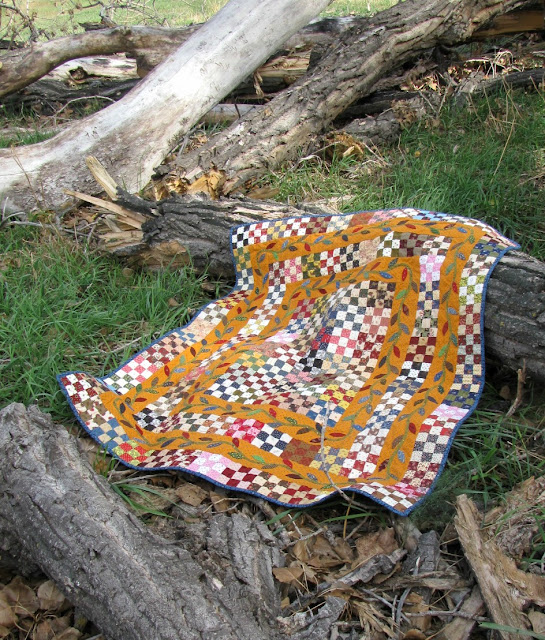 especially with the cheddar fabric behind the applique.

I did big stitch quilting using 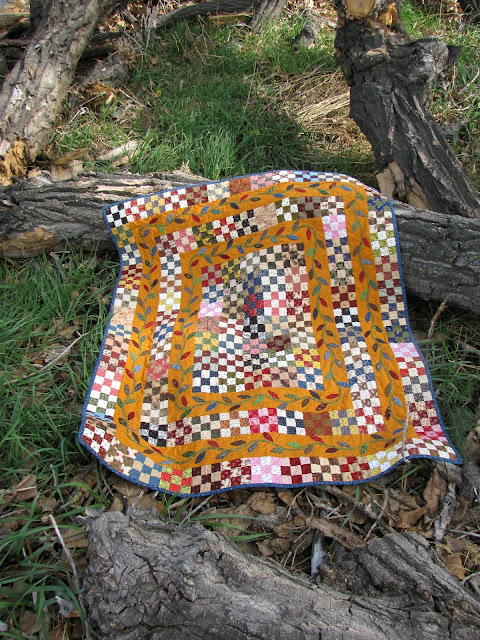 both an orange mustard and a medium bark
Aurifil #12
which is their heaviest cotton thread
on a spool. 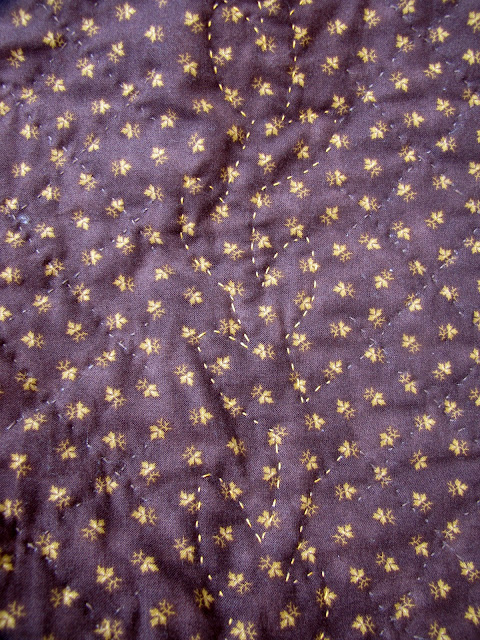 It was beautiful thread to work with
and never frayed as I stitched.
I had to order it online from
Pumpkinvine Corner
out of Georgia. 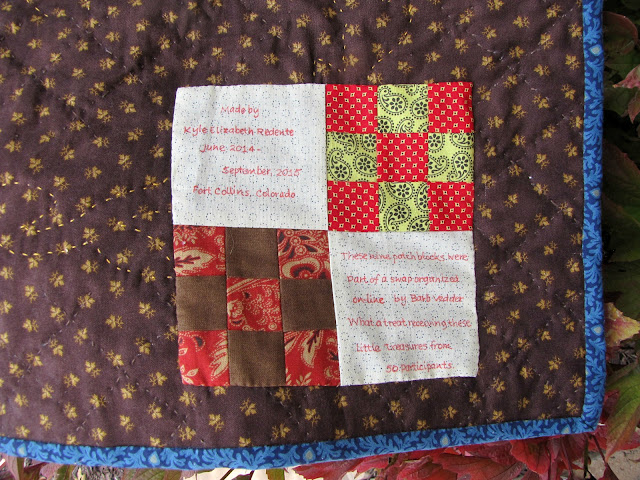 It was a wonderful project to participate in.
Thanks again to everyone who included blocks.
I feel connected with so many quilters
just by their sweet little nine patches.

I also wanted to show you the tree I was using
for my photo shoot.

It was a magnificent old cottonwood tree 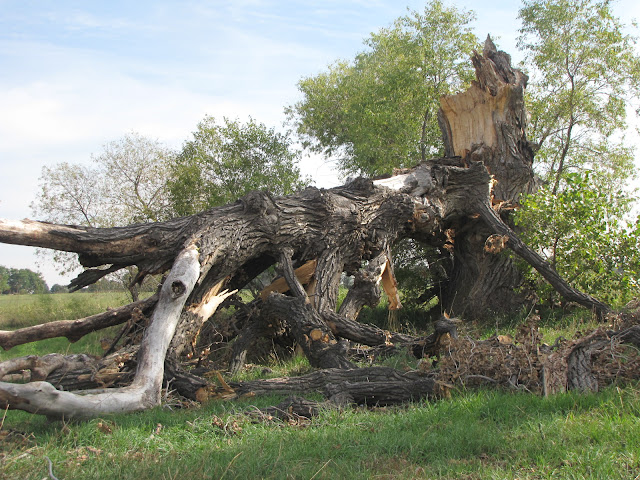 living in the field behind my house.
In the spring,
a storm gave it a mighty push
and down it can.
It would take at least 4-5 people
to circle the circumference of the base. 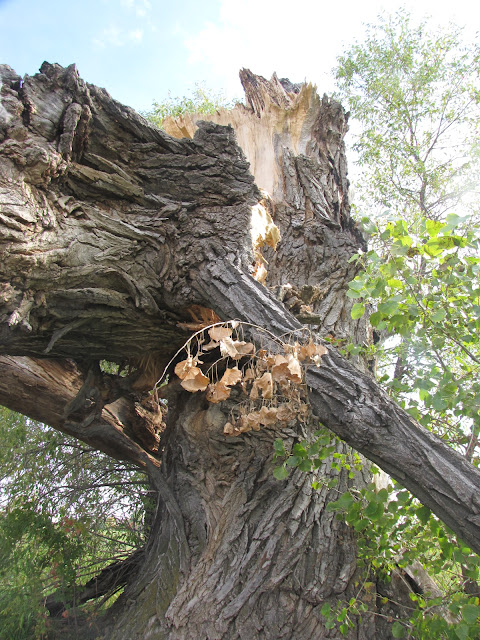 It's sad to see
this mighty tree toppled over,
but I could tell other critters
had taken up residence in the fallen branches.
So her usefulness continues on.
As I age, I hope
that can always be said about me.