When a long term project is finally completed
there's a mixture of emotions.
Of course, there's excitement that it's done,
there's even a bit of sadness
and a then a wonderful sense of accomplishment.
In May, 2009, I went to a local quilt guild meeting, and
purchased a ratty "old" quilt top as part of a
silent auction. 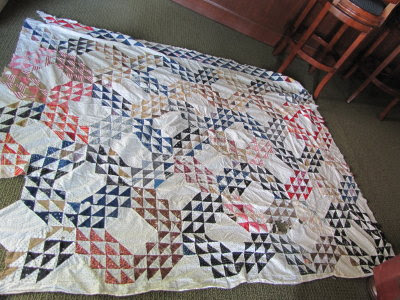 It had wonderful old fabrics that were
in remarkably great shape, despite the fact that
someone had thought it would be a good idea to wash it. 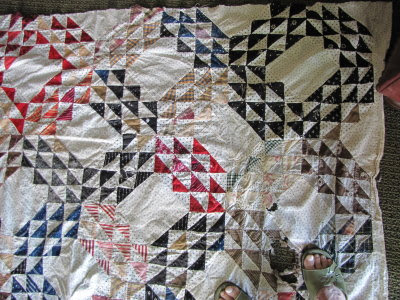 The hand pieced seams were very frayed and coming apart.

The top was living up to it pattern name, Ocean Waves,
and was very wavy.
This is a difficult pattern to stitch and  lay flat for anyone. 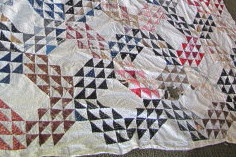 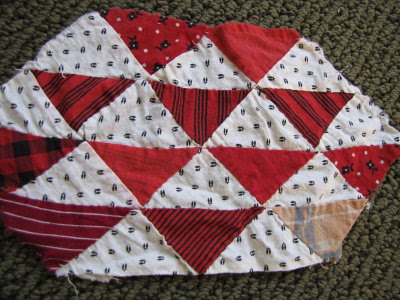 block by block
and 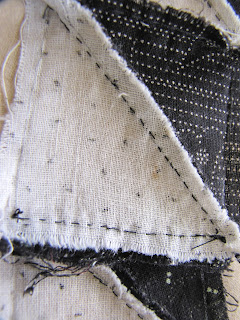 carefully stitching it back together with
exact seams. 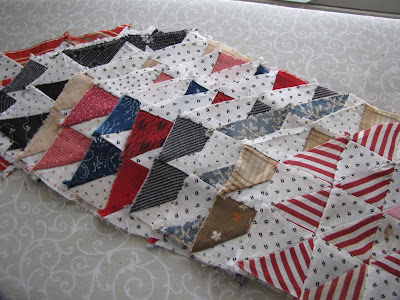 Here are all the sections redone. 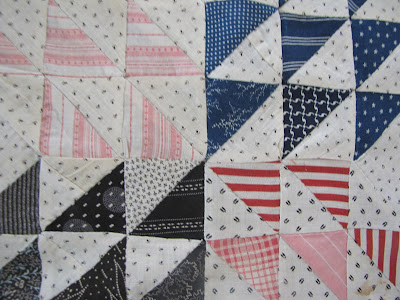 The sections were sewn together and the points
were pretty sharp and accurate. 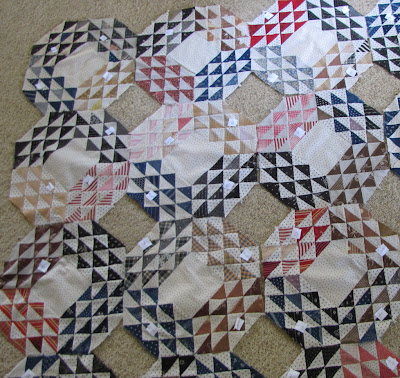 As I continued to put the quilt back together,
I hoped that there would be enough usable light shirting fabric to
be able to use to set the blocks together. 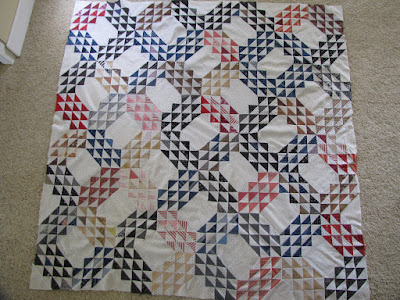 Here is the top all back together.
It is slightly smaller than the original, but that's fine. 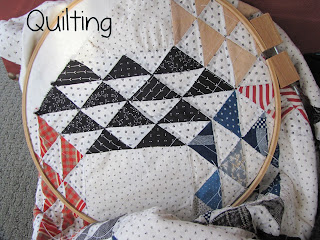 Hand quilting was the only option. 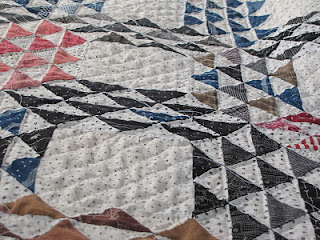 I kept the pattern simple, with outlining the light triangles
and doing a grid in the open centers.

The binding was done with a piece of antique cadet blue
that I must have been saving just for this. 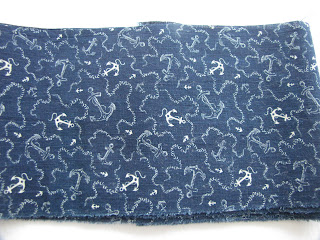 I had only enough to make a single straight of  grain binding.
It worked perfectly and I did sew it totally on by hand. 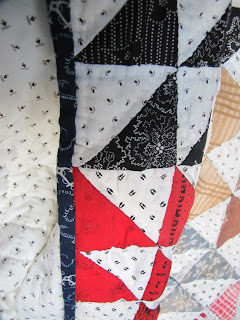 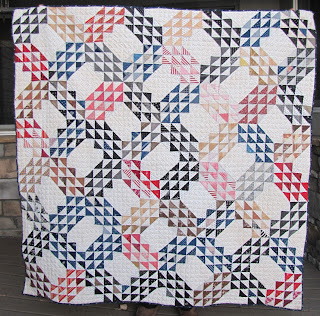 There are several pieces in this quilt that are typical of
the period of 1860's -1880's.
I used Eileen Jahnke Trestain's book,
Dating Fabrics a Color Guide 1800-1960.
I am not a fabric historian, but
it is fun to look and investigate. 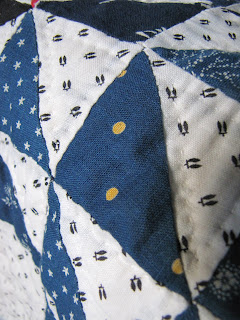 Dark blue with a chrome overlay 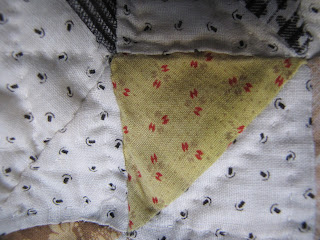 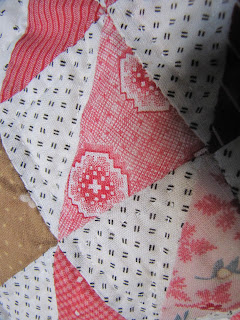 A double pink with fine lines in the background 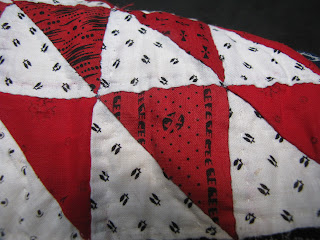 Gerabaldi red prints
The rest of the quilt is wonderful shirtings, mourning prints,
cadet blues, claret reds that are probably more
in the turn of the century time period.
That's still pretty old!
Or at least older than me.
It's a great quilt and
I'm glad I got to be part of it's history.
Until Next Time-