The Results Are In

Vermont is a lovely state,
hilly and green,
back roads and covered bridges.

This past weekend was the Vermont 100
Endurance Race.

While everyone else was sleeping,
there were a couple hundred people
standing in the dark, in a field,
waiting for the gun to sound,
and ready to take the first steps in a race of 100 miles. 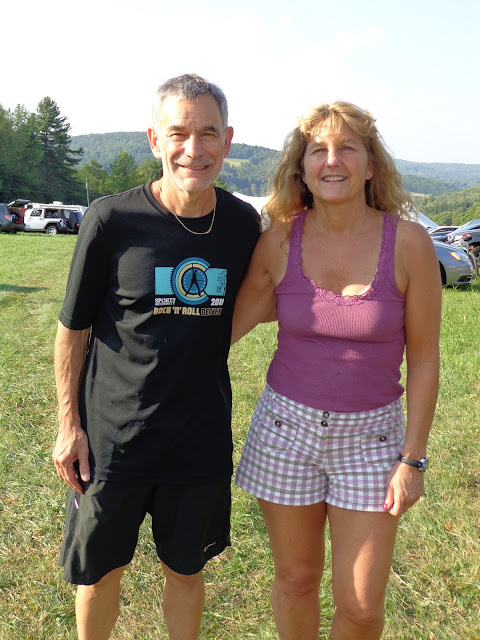 Running Man and His Niece
were ready and waiting too.
The weather had changed and the forecast
was for sunshine, but cooler temperatures, thank goodness.

We meet up with our runners at the first
crew aid station at mile 22.5. 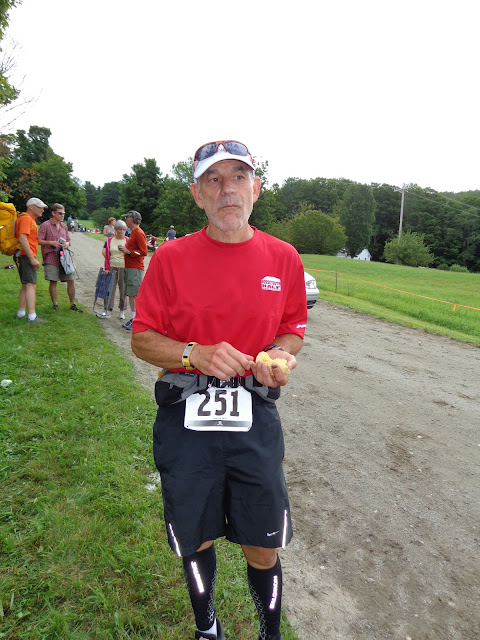 Unfortunately, His Niece, had fallen and
worse yet, had run out of water and
and was beginning to feel dehydrated,
but she pushed on.

The interesting part about this race, is that it's also 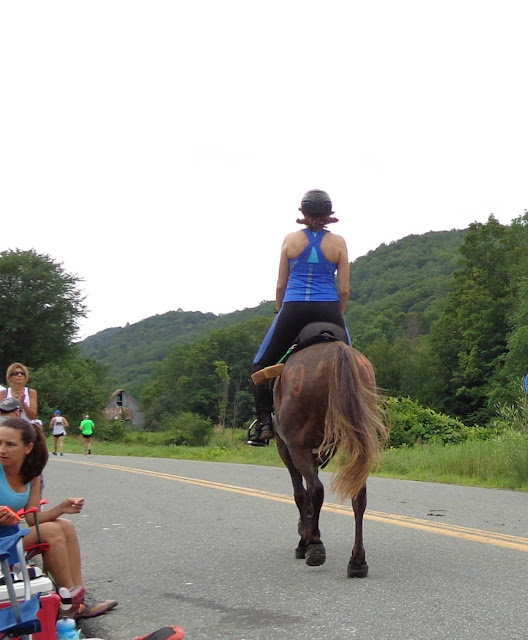 a 100 mile race for horses and riders, so
there are times when you have to share the trail.

By now Running Man and his niece had separated.
At about the half way point, His Niece dropped out.
The lack of water had taken its toll and she
just couldn't go further, 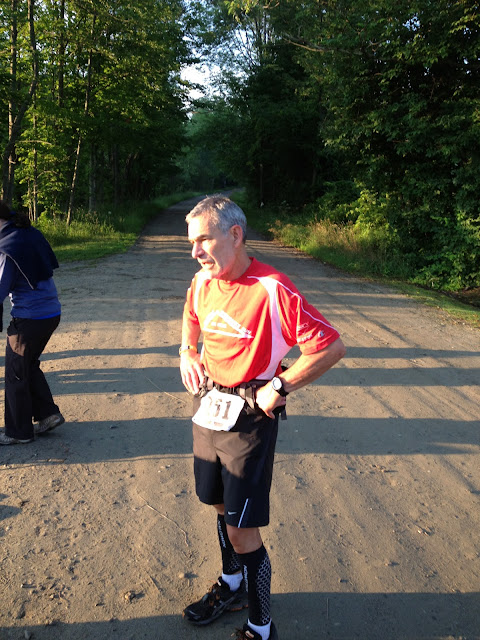 We met him several other places,
filled his Ensure bottles and his electrolite water
bottles and sent him on back onto the trail.

To help the crew, Running Man had a list of projected
times for each aid station.
We adjusted those times throughout the day
based on when he would actually show up.
He was pretty much right on schedule
until the aid station at 70 miles.

Now the full moon was out, it's about 12:30 am, and
there are a couple hundred people milling around
in the dark waiting for runners to
suddenly appear and check in.

Runners continued to become further spaced out and
waiting seemed like an eternity. 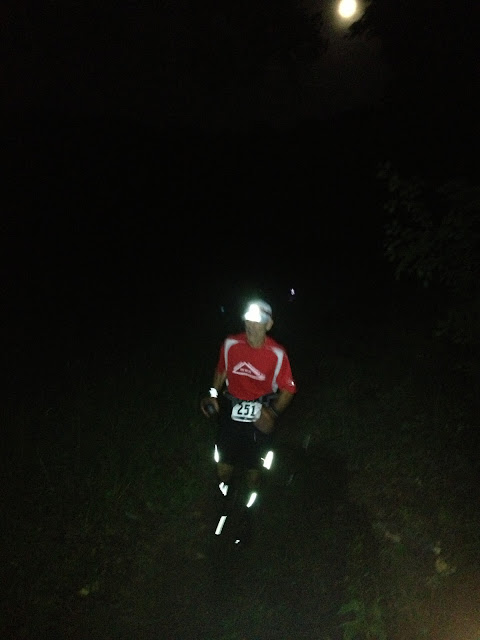 Finally, I recognize his reflective stockings
as he came into the aid station.
He was later than he had planned.
Why?
It's easy to take a wrong turn
on a path in the dark in the woods,
especially if it's not marked well.
He had run 2 miles out of his way.
Grrrr. 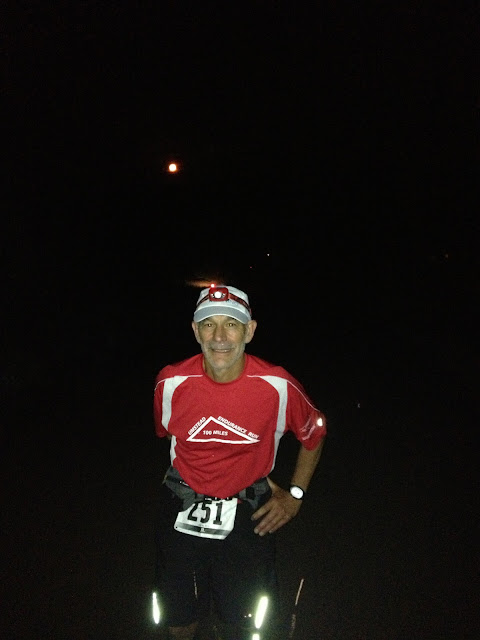 But he was still ready to go on and had
plenty of time and energy. 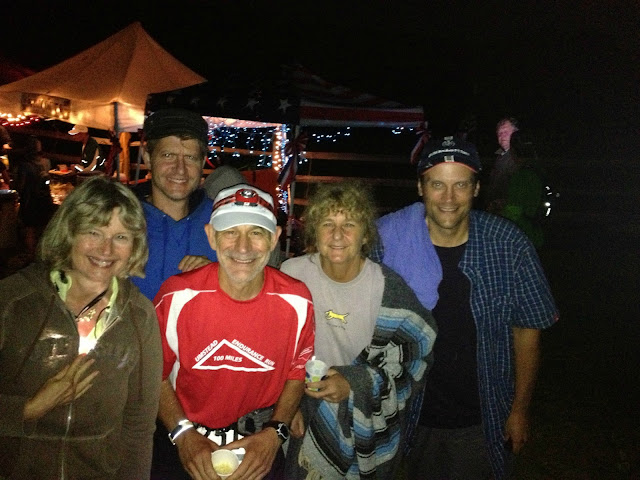 The crew and Running Man and His Niece
Mile 70
( See I wasn't alone.)

At this point,
there are crazy people who actually
volunteer to pace runners,
to run with someone just for the sake of running
and to help a tired runner make it to the end.

Running Man asked for a pacer and
a running angel volunteered, Chad from MA. 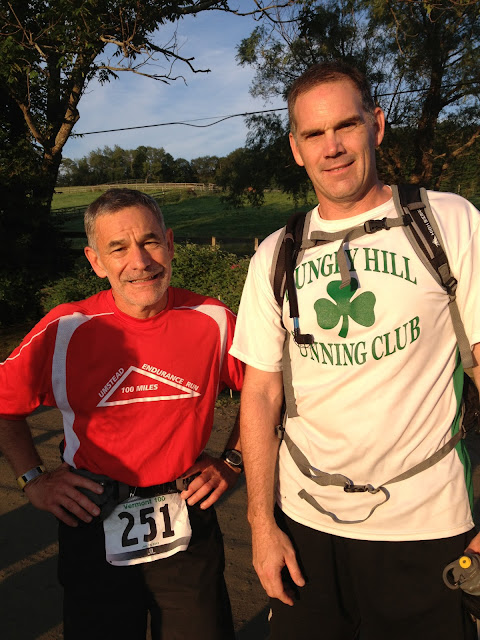 Running Man and His Pacer at mile 96


What a positive encourager.
For the last 30 miles I knew
Running Man was in good hands and
he was.

The moon set and the sky
began to grow lighter.
Suddenly the birds were singing and
the frog sounded like a ribbit band.
Now it was one last aid station before the finish.
Right on time. 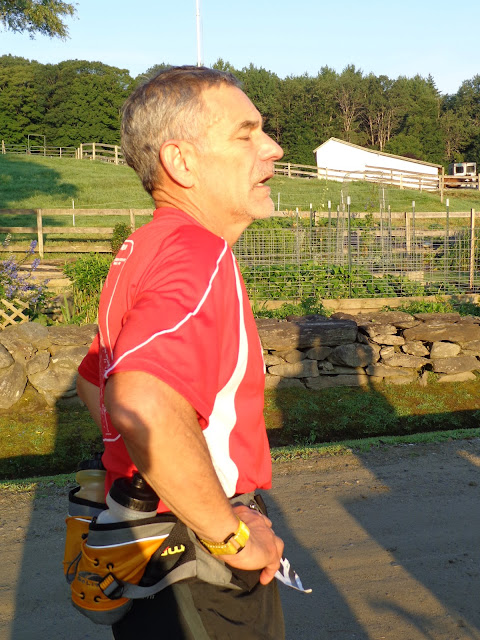 We threw the stuff into the car
and set off back to the start/finish line.

We weren't wating long before
Chad, the pacer, came out of the woods and 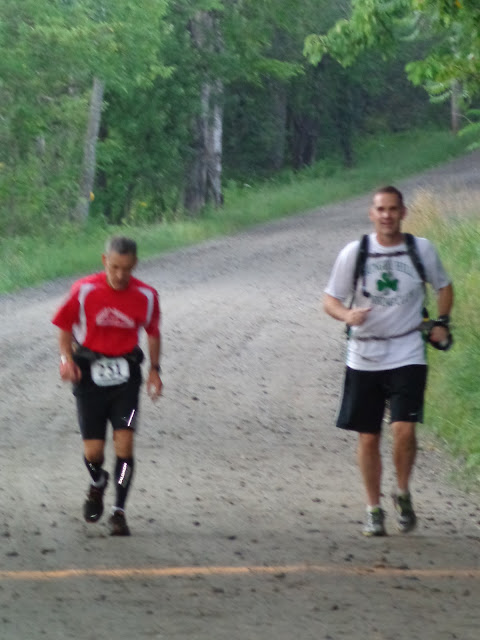 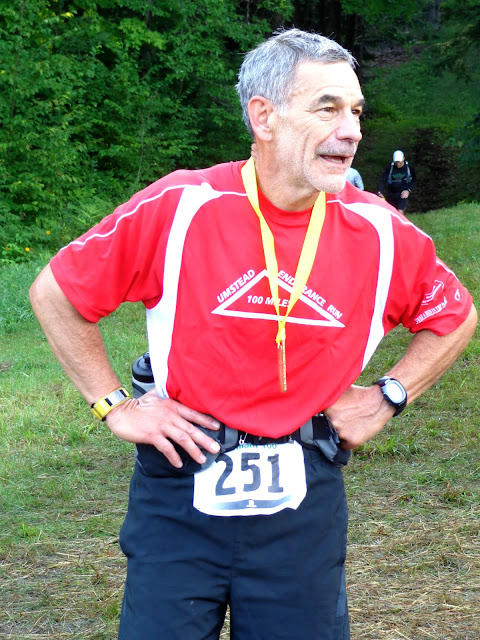 And then it was over.
Running Man had sucessfully completed
the 100 mile course
in 27 hours, 28 minutes and 44 seconds
of continous running.

It was the completion of a long time goal. 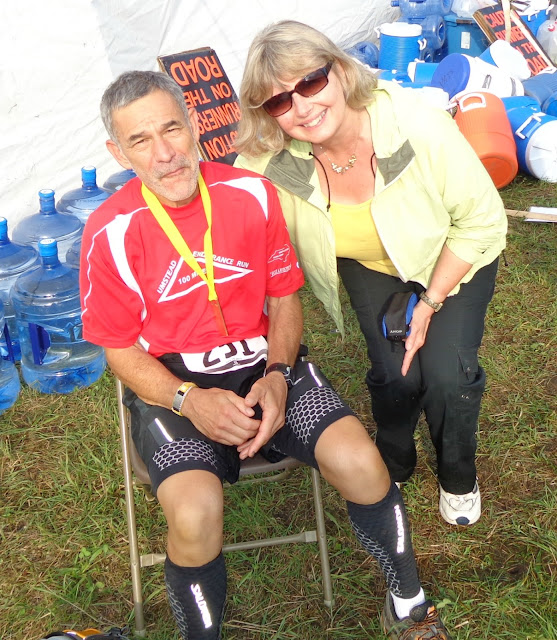 I'm super proud of you.