There's an old saying
"make hay while the sun shines".
Last week I had to change
the wording just a little.

" Make Hexies while the Snow Blows" 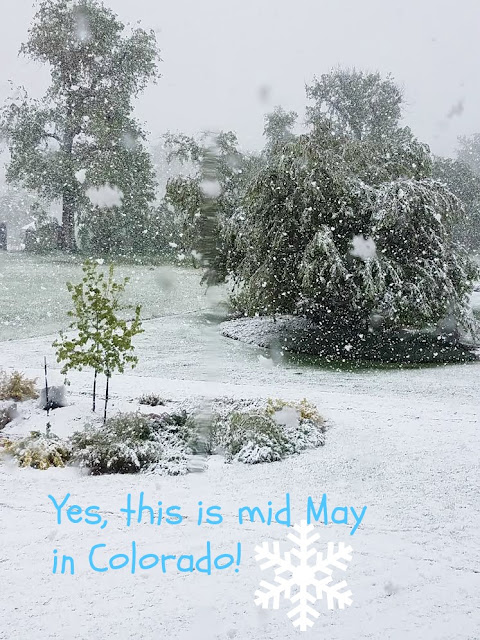 Even with the yearly signal that it's okay
to plant annuals after Mother's Day,
Mother Nature had other ideas.

I decided it was a great opportunity
take advantage of the time
and start make the hexies I had been putting off. 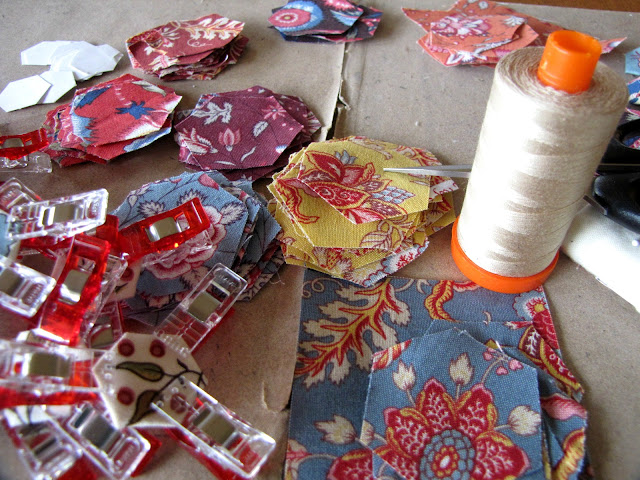 They're not for a new project,
but for a not so mystery mystery
( I loved Shirley's take on it over at Stitcherydo)

They are for the final border of Petra Prins'
last years mystery quilt from Quiltmania. 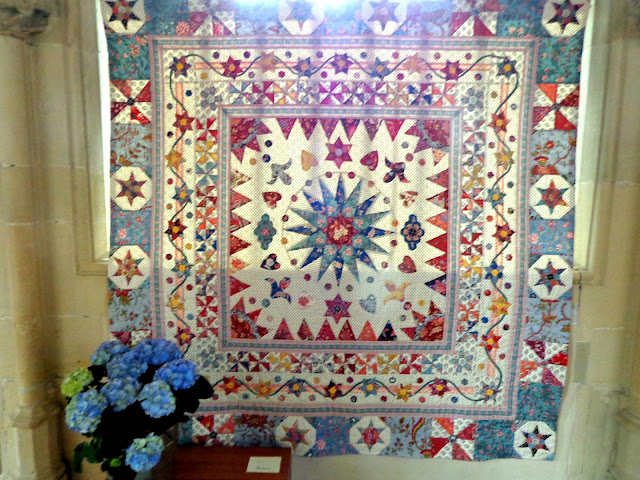 Here's Petra's quilt at the Australian-Dutch Connection show
in Amersfoort, Netherlands.
It was in front of a window so it had a stain glass effect.

But here's Petra's final border and 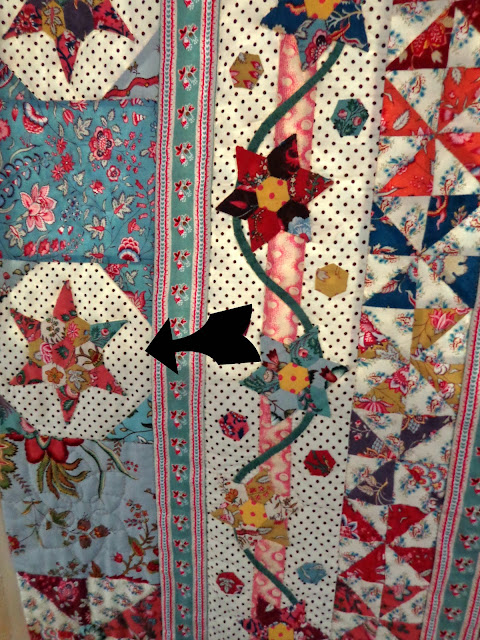 the hexies and kite shapes I worked on
while the snow was blowing.

I had been dragging my feet for quite awhile
not because of the hexie part, but the kite shape.

I had tried thread basting these small pieces and
and didn't have very good luck.
I finally decided the only way to move on was
to glue baste, which is what I did. 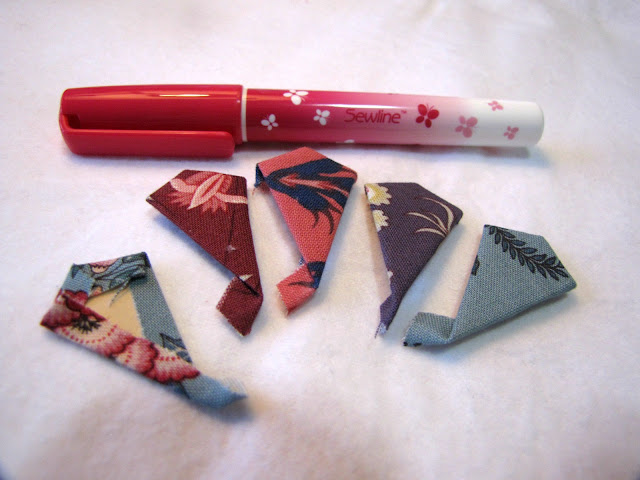 It was fast and easy.
I just hope removing the paper will be too.

So while it continued to snow
my pile of pieces got deeper and deeper
thread basting the hexies. 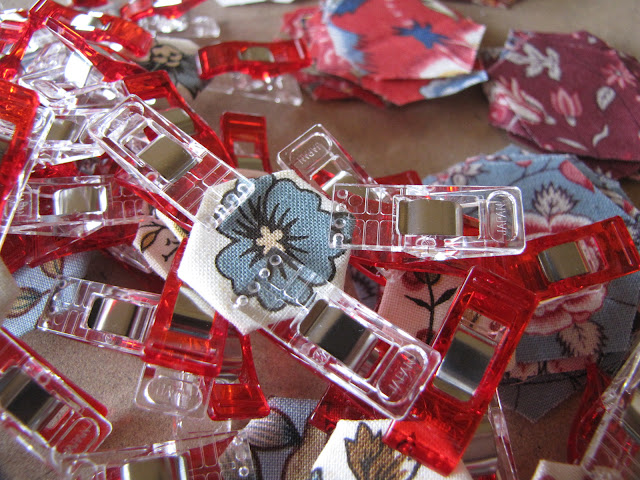 I had to lay out a few combinations 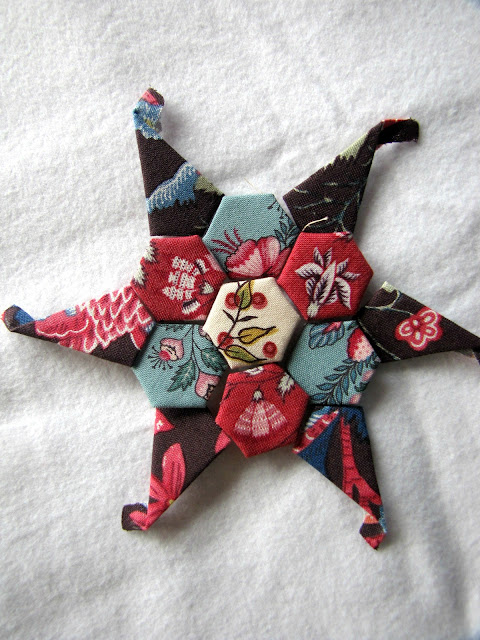 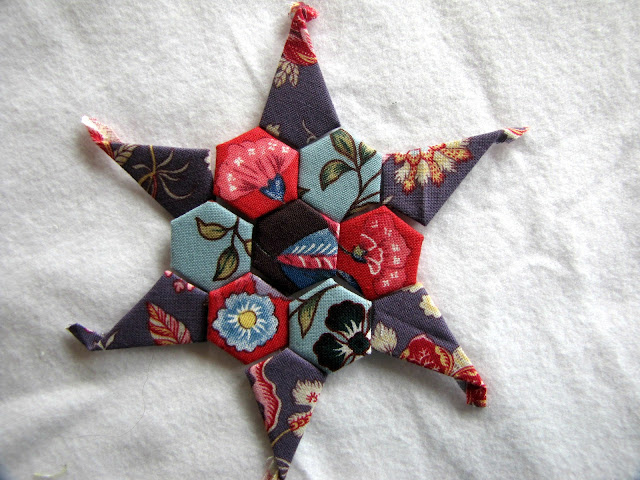 It was fun to work with the Dutch fabrics again.
And I certainly made progress
despite Mother Nature.
Until Next Time-
Kyle