It's time to spread the news 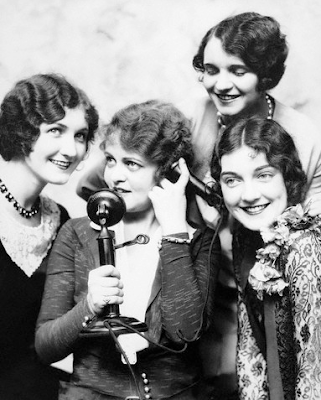 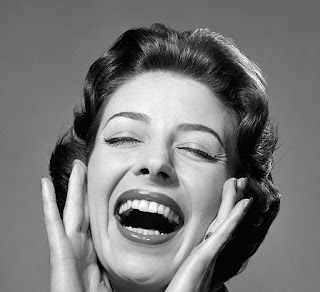 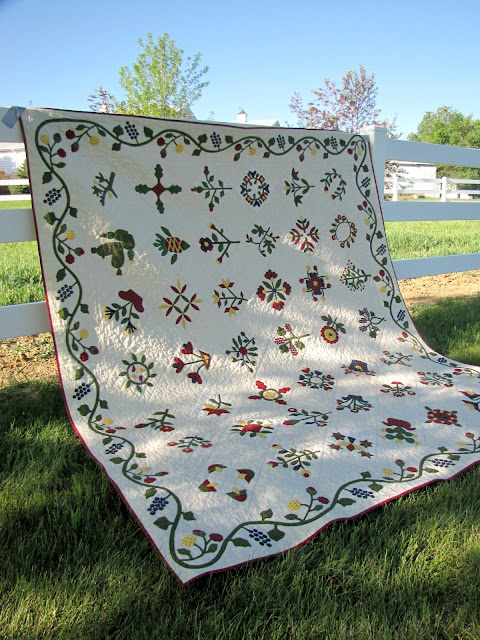 This quilt was started in January, 2015.

Dawn Cook Ronningen offered and
still has available this
Noah and Matilda BOM pattern
on her website Collector with a Needle.

She designed the pattern from
the antique applique sampler (1851) which is
part of her collection. 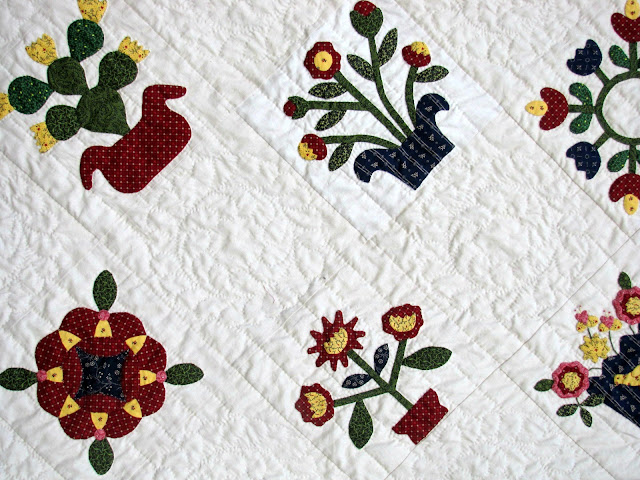 She calls it
Noah and Matilda because of the
two names found on the quilt.

My blocks were appliqued
throughout 2015. 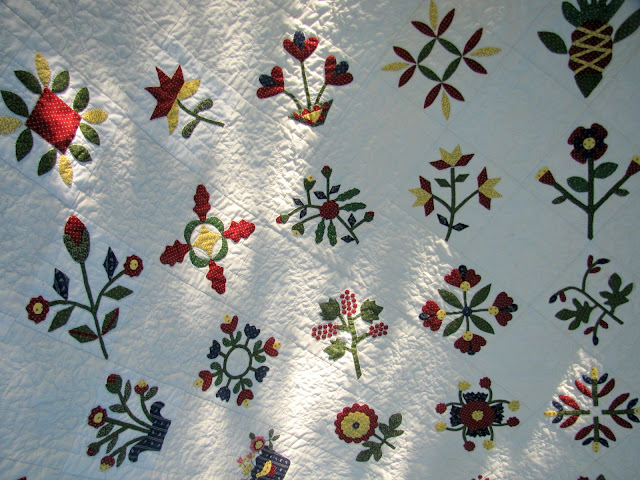 I used a limited number of fabrics
to keep the look simple and classic. 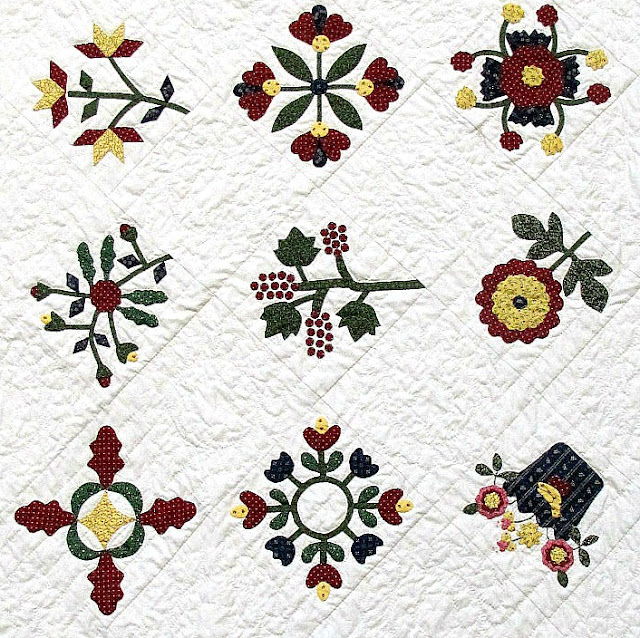 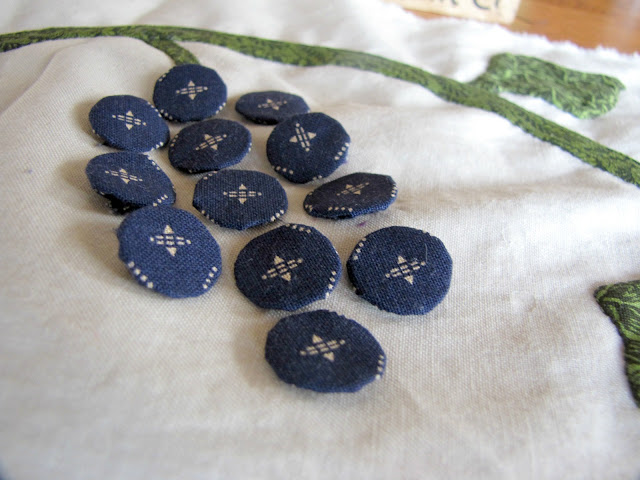 The border has 18 bunches of grapes.

I just couldn't face making
all the tiny circles needed for all
that fruit! 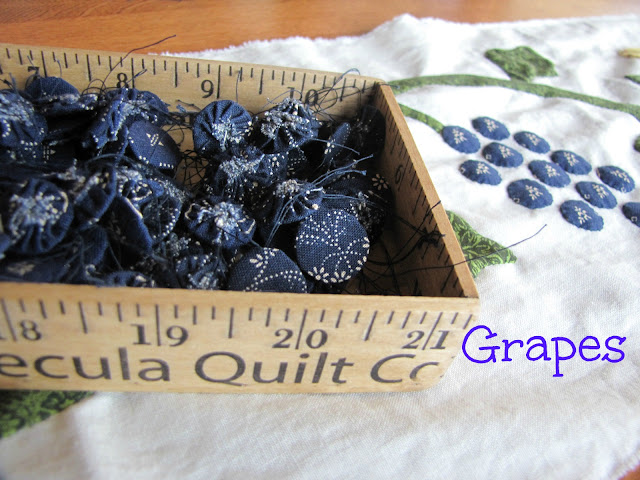 But once I got going,
I discovered those circles
weren't as bad as I had thought
In fact they were pretty quick and easy
once they were prepped.

Next I struggled with the corners  because
I couldn't get the four corners to match.
I ended up with two and two. 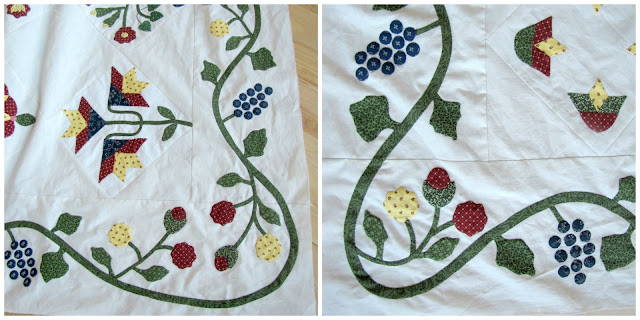 It wasn't until I got the top
entirely put together that I realized
there had been a right and wrong side
to the French General fabric I
had chosen for the background. 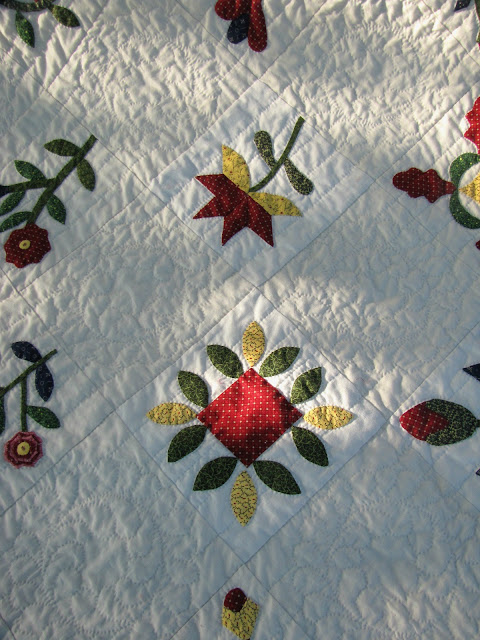 There was no going back.

Before sewing the quilt together,
I premarked the feathered wreath pattern
I wanted to quilt in the alternating blank squares. 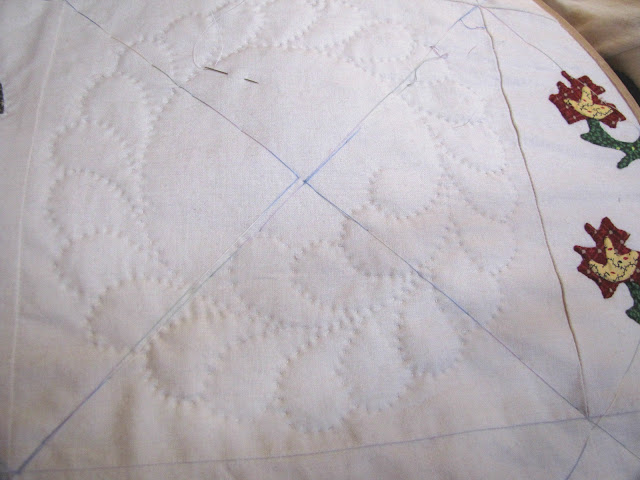 I was taking a risk.
that the designs which were marked lightly
with a mechanical pencil
with a hard lead would not disappear
while the quilt was basted and when other
parts were quilted.
Fortunately, the designs were still visible
when it came time to quilt them.
( I know the photo doesn't show the lines,
but they were there faint enough for me to see) 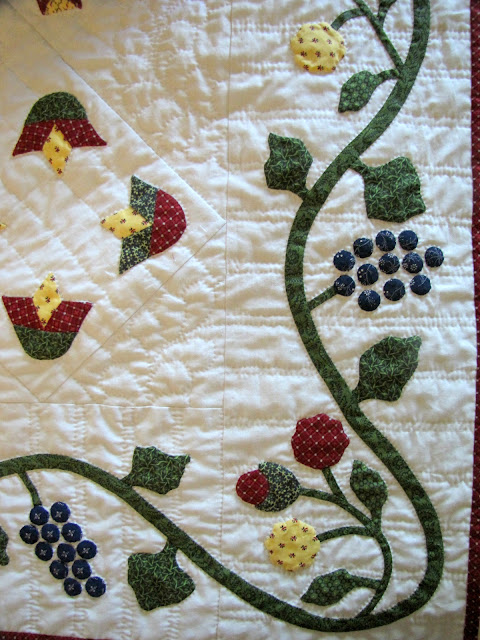 I started handquilting in January, 2017 and
worked diligently on it almost every evening.
That turns out to be about 150 days x 2 hours = 300 hours.
(probably more) 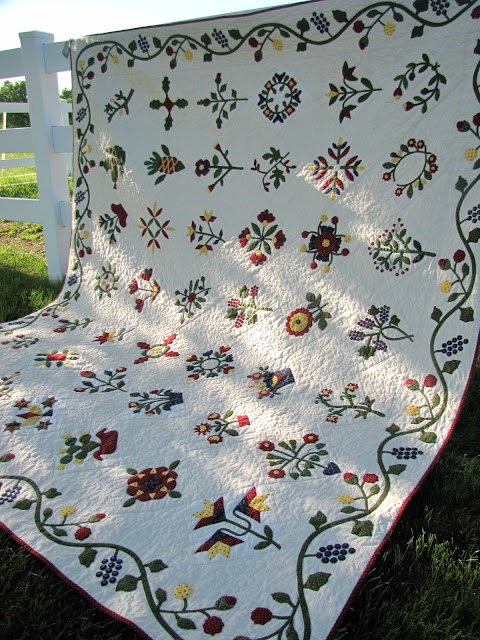 I used  3 spools  of Guterman handquilting thread
with a Dream Cotton Request batting.

I knew it needed a red binding and I
had only used one red throughout the quilt.
Because the pattern was printed diagonally 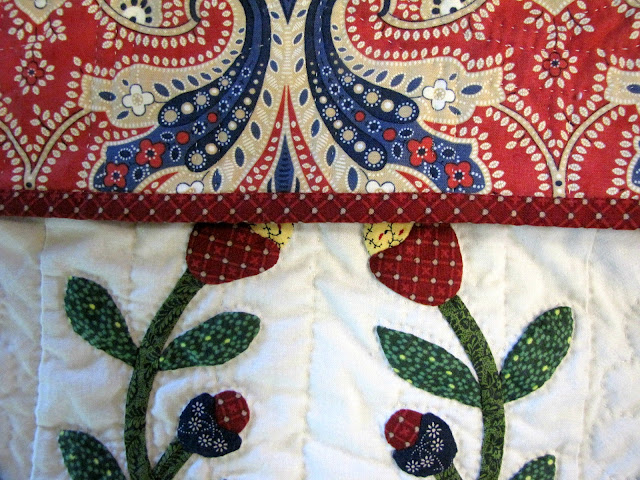 the binding was cut on the straight of the grain
to maintain the diagonal pattern.

I chose a pretty wild backing in comparison
to the top.  It's a Minick and Simpson fabric
and the colors went perfectly. 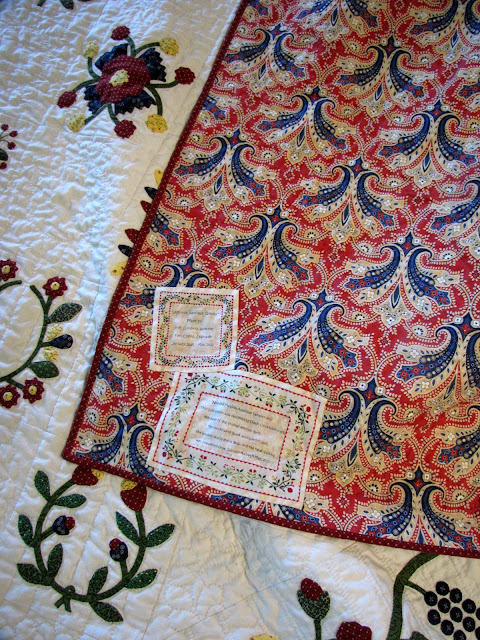 The busy pattern doesn't
allow the quilting stitches
to show much, but that's okay.

Thank you, Dawn,
for this wonderful  antique pattern.
It was fun and challenging
and now it's done. 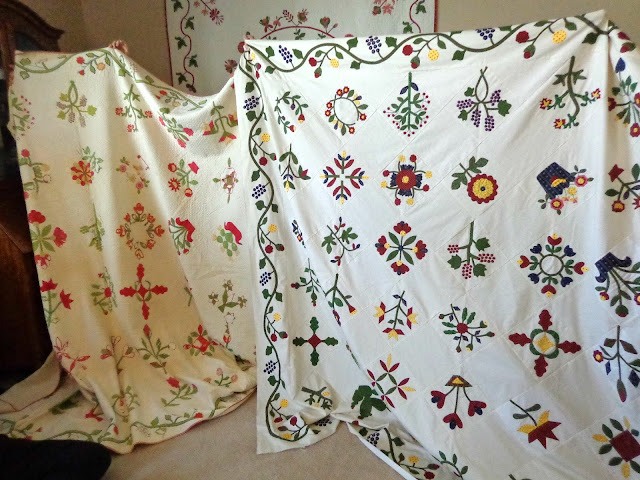 Here's my quilt top with the orginial
Noah and Matilda quilt,
spring, 2016. 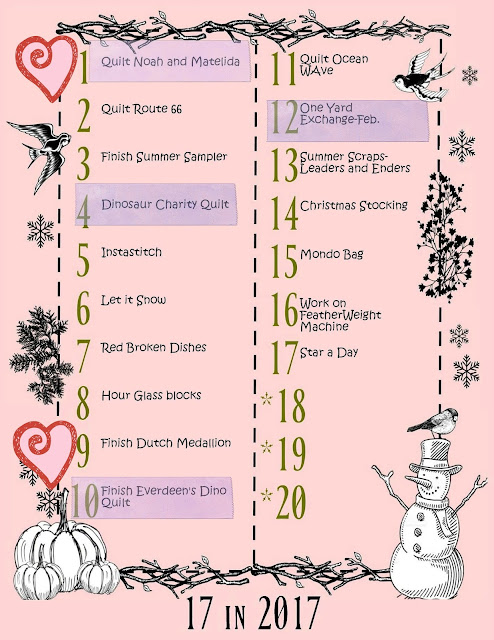