Sewing On the Move

I discovered on our recent road trip
that I was able to sew while riding in the car.

Now to many of you, you're thinking, what's the big deal,
but for me this is revolutionary.

I've never been able to do anything in the car
except look forward and
try not to be a back seat driver.

For the past several years though, while flying,
I've been wearing these wrist sea-bands. 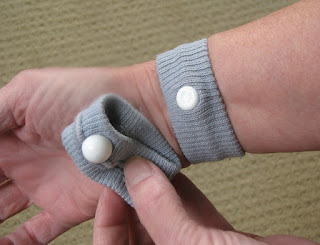 They work by applying pressure to the
acupuncture point on the wrists
that control motion sickness.

I've always been hesitant to try them
and then sew in the car.
I didn't want to ruin a good road trip,
but this time I thought, what the heck,
and Eureka!
I could actually stitch while moving.

And look what I was able to finish. 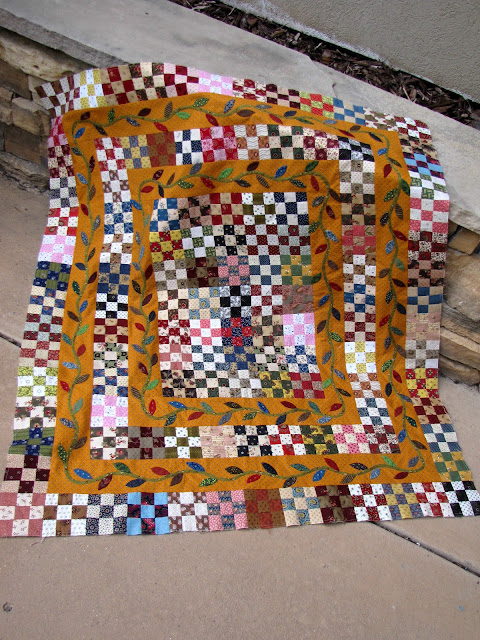 I was able to applique all the leaves in the last
vine border to this quilt. 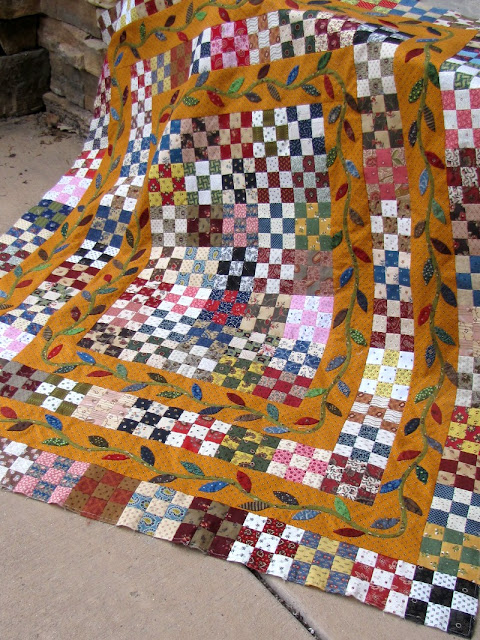 It's the quilt I made
using the swapped nine patch blocks
that Barb had organize a while back.

I couldn't believe what I was able to do. 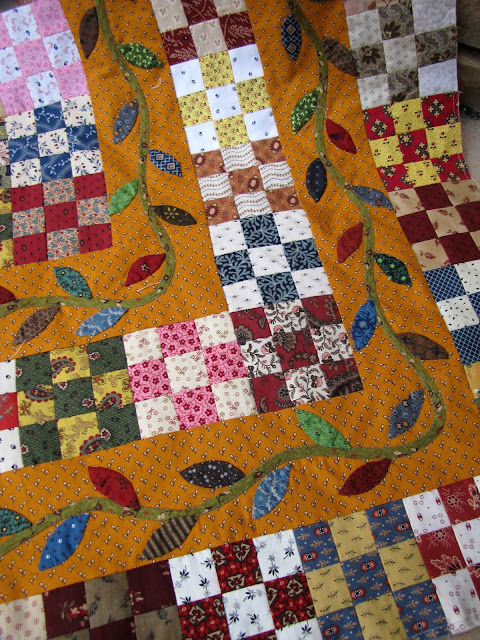 Granted,
it was only when it was highway driving,
but it felt so good to be able to
use that time in a productive way.
I'm sure hoping that it will work again.
I feel so liberated!