What is Red and White and So Much fun to Make?

Since February, I believe,
I have been getting weekly patterns
from Gay at Sentimental Stitches .
It's been her Heartfelt
Block of the Week. 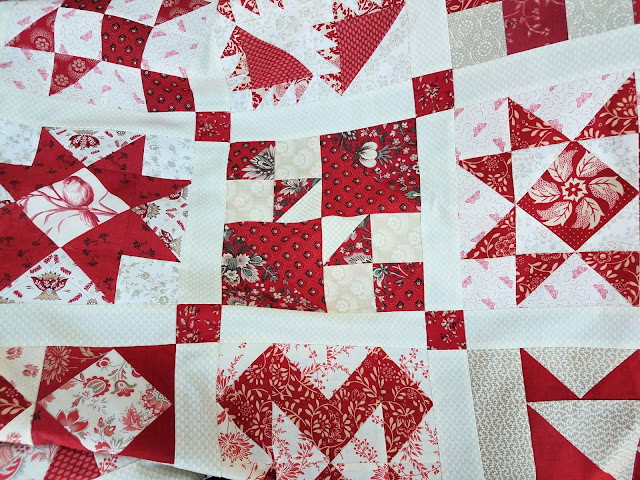 My plan had been to use only
my red and white French General fabrics
that had been accumulating in this picnic basket. 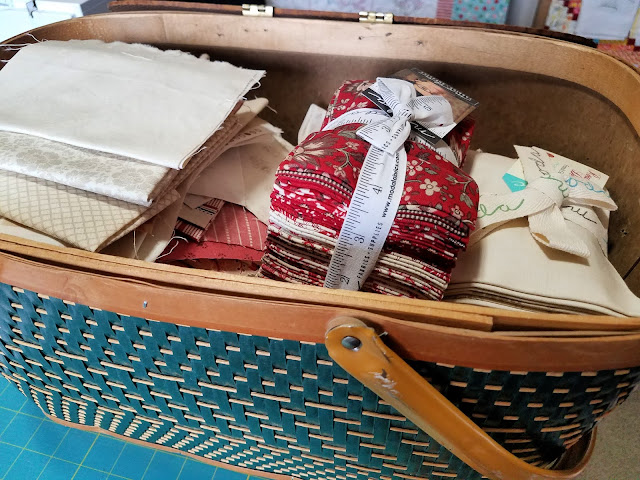 I can't say that I did one block per week.
I found it easier to do several blocks
at a time in order for the blocks to coordinate better.
A sampler can be challenging
to make the blocks work well together.
I didn't follow the pattern exactly.
I eliminated a few blocks
and doubled up on others.
I had this beautiful French General border fabric
and used it as the finale. 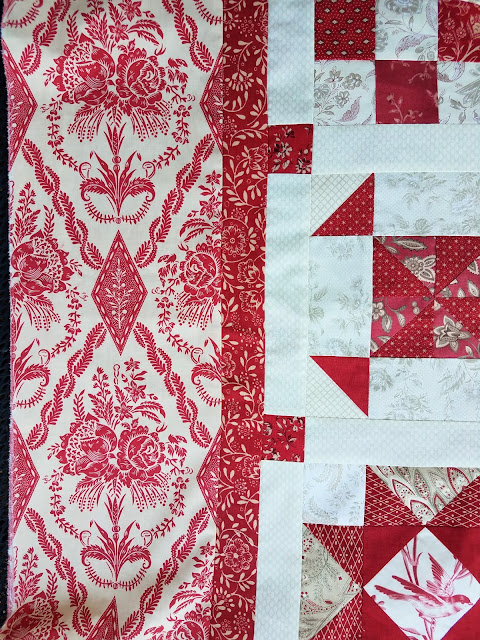 Can you have too many red and white quilts?
No, I don't think so. 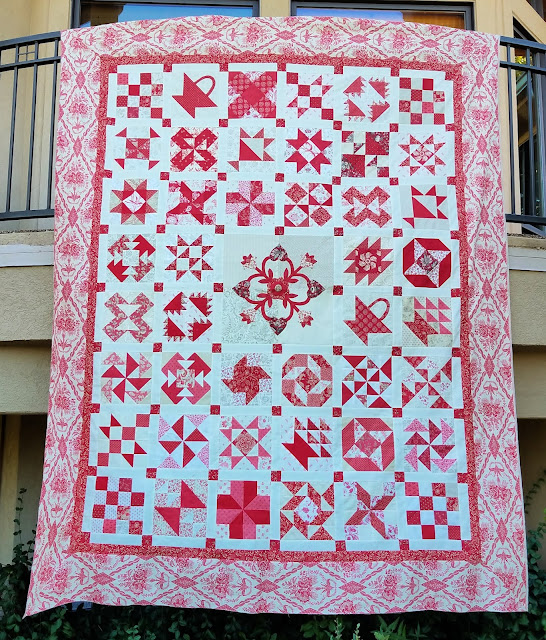 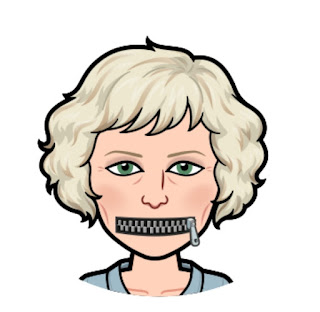